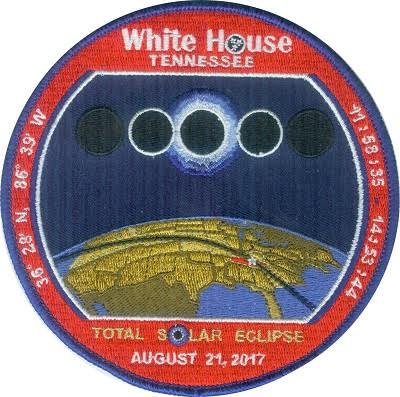 I’m talking of course about the solar eclipse coming next month. All the contiguous 48 states will get at least a partial version. But it will be total across a stretch of the country from Oregon to South Carolina. That path is about 70 miles wide, with a maximum of about two minutes and 40 seconds of sun blockage.

“The sight of a lifetime, don’t miss it!” urges GreatAmericanEclipse.com, a website set up to provide information about the celestial event.

I’m totally game to witness such a spectacle, having somehow managed never to be in the right place at the right time before. (Partial eclipses: Meh.)

But at what cost?

As it happens, White House, Tenn., a little north of Nashville, is pretty close to smack dab in the middle of the total eclipse path. The good folks there are pretty stoked about this, with the Chamber of Commerce hosting a Facebook page presenting daily trivia in a countdown to a viewing party at the local soccer complex.

They’re closing schools and county offices and selling T-shirts, viewing glasses and a special patch designed by a NASA artist in commemoration of the event.

I mention White House not at random, or because it is the only place to have gotten excited about the event. Places all along the path are gearing up; hotel rooms are being booked in eager anticipation.

No, I mention White House because the good folks there include in-law kinfolk of mine, whose front yard would provide an ideal location for experiencing the event.

Plus, my brother-in-law brews excellent beer.

Ancient peoples believed that eclipses occurred because dragons or demons were attacking the sun. The actual explanation is not nearly as much fun: when the moon comes between earth and sun, in just the proper alignment, the moon blots out the sun, casting darkness on a portion of the earth.

Here’s the catch: No airline that I have seen is offering free flights to the total eclipse zone, even for nice, eclipse-deprived guys like me. The cheapest flight to White House environs would set me back around $500.

Maybe you’re the type who drops 500 bucks without flinching. I’m not. Sure, if the celestial event were the Second Coming, I’m there, no questions.

But two-plus minutes of darkness?

And what if it’s overcast? Raining?

Drive, you might suggest. But seeing as how this eclipse is coming on the heels of my planned 10-day road trip in Mississippi, I’d say that’s a long shot.
Here’s another complication: rare though total eclipses may be in any given place, there’s another one visiting the United States in 2024, from Texas to Maine.

So even if I miss this one, I could theoretically catch the next one, when I am likely to be within more reasonable driving distance. All I have to do is make it to the biblically allotted age of three score and 10.

And, get this: One will cross Mississippi in 2045. All I have to do to see that one is live to age …