KNOW YOUR FOE: Ole Miss to see some old, new from Mississippi State on Thanksgiving 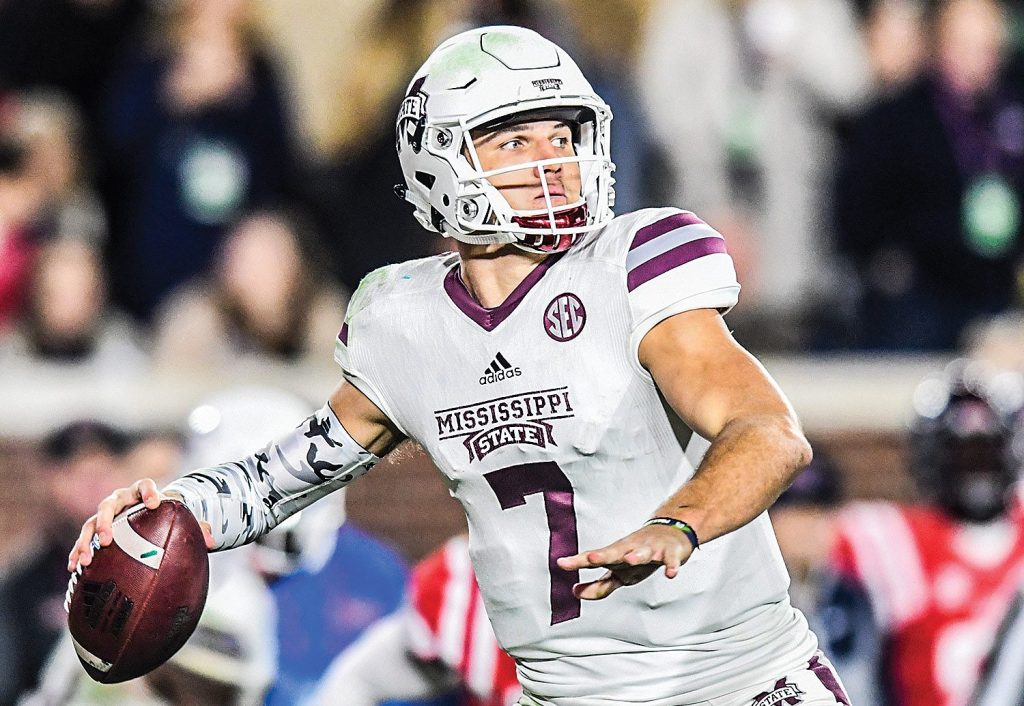 WRITER’S NOTE: This is the last in a 12-part series breaking down each of Ole Miss’ opponents for the 2017 season.

The last time Ole Miss took the field, the Rebels were handed their most lopsided loss to their in-state rival in a century.

The Rebels will try to avenge that this fall against a Mississippi State team that’s the same in some ways but different in others. The teams will renew their annual rivalry when Ole Miss makes the trip to Starkville on Thanksgiving night looking for its second straight win over the Bulldogs in Davis Wade Stadium.

Mississippi State finished tied for fifth in the Southeastern Conference’s Western Division last year with a 5-7 record during the regular season, but the Bulldogs were awarded a bowl berth thanks to a high APR score. The Bulldogs took advantage of the extra game, edging Miami (Ohio) in the St. Petersburg Bowl to end their season.

The Bulldogs’ quest to improve their standing in perhaps the toughest division in college football starts with quarterback Nick Fitzgerald, who burst onto the scene last season in his first full season as Dak Prescott’s successor. Fitzgerald, a preseason second-team All-SEC selection, led the league in total offense as a sophomore, accounting for 4,160 yards and 43 touchdowns a season ago. His legs were just as much of a threat as his arm with the 6-foot-5, 230-pounder racking up a team-best 1,375 yards on the ground.

The next step for Fitzgerald, Mississippi State coach Dan Mullen said, is to become more consistent through the air after completing just 54.5 percent of his passes last season.

“How do I become more accurate? How do I become a better passer?” Mullen said. “That’s a skill and that is a skill you can constantly work on. So the biggest strides we need to see in Nick is his consistency throwing the football, the balance, the accuracy, the decision-making of when he’s getting the ball, how he’s throwing it, what type of throw.”

Fitzgerald will have to find a new main target with the graduation of Fred Ross, who had 12 of his 72 receptions go for scores last season. The Bulldogs return their next three leading pass catchers, including senior Donald Gray, but none of them caught more than 41 passes a season ago for an offense that finished 89th nationally in passing.

MSU was 23rd in rushing with Fitzgerald leading the way, but the Bulldogs have their top back returning in Aeris Williams, who could be in line for a bigger workload after running for 720 yards and four touchdowns on 137 carries last season.

The biggest change for the Bulldogs is coming on the defensive side of the ball with new coordinator Todd Grantham, who’s bringing a 3-4 base scheme from Louisville. Grantham, who also coordinated Georgia’s defense from 2010-13, is taking over a defense that was one of the SEC’s worst a season ago as the Bulldogs finished 93rd in points allowed, 110th in total defense and 120th against the pass.

Safeties Jamal Peters and Brandon Bryant are back in the secondary, and the Bulldogs hope to get a boost with the return of cornerback Tolando Cleveland, who missed all of last season with a torn ACL. At linebacker, MSU is tasked with trying to replace the production of leading tackler Richie Brown, who’s off to the NFL, but Leo Lewis and J.T. Gray, a linebacker-safety hybrid, are back after combining for 150 tackles last season while freshman Willie Gay is a candidate for immediate playing time.

MSU also lost a slew of bodies up front, but former five-star signee Jeffrey Simmons is back to man the middle of the Bulldogs’ defensive line after playing in 12 games as a true freshman. The Bulldogs will likely put their incoming class, which includes seven junior college signees, to work as they look to fill some large voids on their new-look defense.