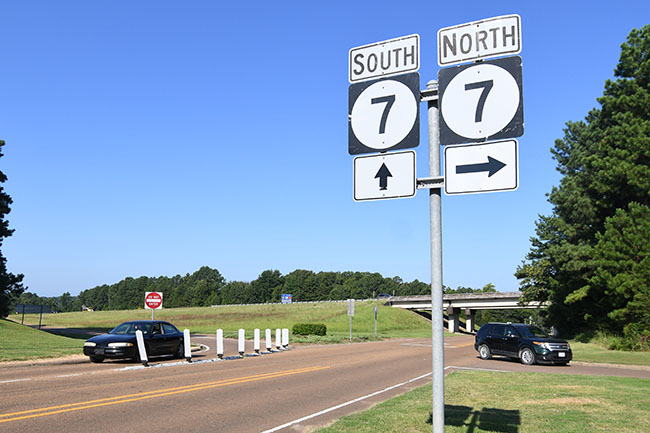 Before more development can happen in Oxford Commons, city planning officials and leaders imposed restrictions on how many Certificates of Occupancy can be issued before improvements are made to the Highway 7 and Sisk Avenue intersection.

Highway 7 is under the Mississippi Department of Transportation; however, no funds have been provided to Oxford or Lafayette County to improve the busy exit onto Sisk Avenue. Oxford and Lafayette County are currently involved in paying for several road projects and couldn’t absorb the cost of redoing the exit, so developers are opening their wallets at the cost of $9 million to do the improvements.

However, they’ll be paid back through their investments in way of a Tax Increment Financing bond, commonly known as a TIF.

Developers will get tax break

On Monday, the Lafayette County Board of Supervisors approved adopting a resolution of intent to enter into an interlocal agreement with the city of Oxford for participation in the TIF with developers.

Sue Fairbanks, with Butler Snow Law Firm, explained to the supervisors how the TIF works at their regular meeting Monday morning.

The developers will pay for the improvements to the road and will be repaid with the bond after enough of the project is complete to cover the bond repayment. Any new development that occurs after the road is improved, 75 percent of the ad valorem taxes collected on the new construction would go to repaying the bond.

“This would only be for new development and no taxes already collected from existing homes or businesses in the Oxford Commons area would go toward repaying the TIF,” said Supervisor and Board President Jeff Busby.

The TIF bond won’t be issued until there is an adequate amount of development that generates enough ad valorem taxes to cover the bond payment, Fairbanks said.

The city of Oxford is expected to consider the interlocal agreement during the Oxford Board of Aldermen meeting at 5 this evening at City Hall.

•Heard a presentation from the Lafayette County and Oxford Public Library on its $399,000 budget request.

•Received an update from Oxford Park Commission Director Seth Gaines on the new Activity Center. Gaines said he expects to open bids in October and construction to take about 12 months.

•Approved a permanent tax exemption for Insight Park, as per state law.

•Approved a request from Wellsgate to park within the county right-of-way in two recreational areas and put up “No Parking” signs in non-parking spaces.

•Tabled a request to approve the preliminary and final plat for J&J Wholesalers and discussion on fines to allow the developer and county Building Department to continue discussions on rectifying recent legal issues.

•Accepted a $516,000 bid from Heritage Builders for the construction of Fire Station No. 17 on Highway 6 East.