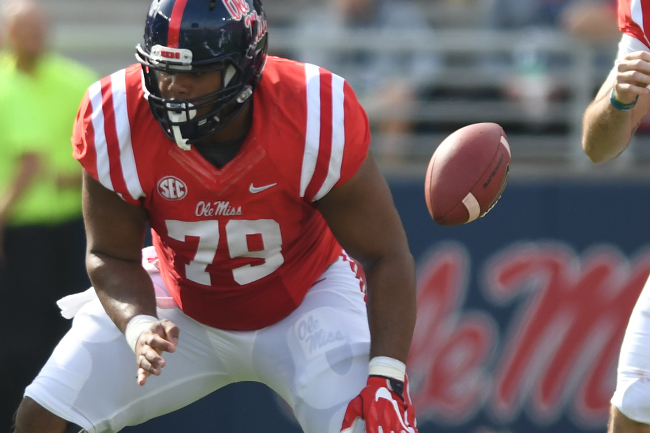 Semifinalists for the award will be selected Nov. 2 with the finalists announced three weeks later. The winner will be formally announced at a National Football Foundation press conference in New York on Dec. 5.

Patterson, a junior who’s entering his second season as a full-time starter at left guard, has been an active volunteer in the Lafayette-Oxford-University community throughout his career. He’s mentored children with the Marks Project and Reading with the Rebels program, helped families with meals during the holidays, visited patients in hospitals, assisted with flood relief in Baton Rouge and South Carolina and volunteered with blood drives.

Patterson, who’s also been nominated for the AFCA Good Works Team, has also been a member of the NCAA Division I Football Recruiting Ad Hoc Working Group.