Lafayette County Board of Supervisors hear needs from Sheriff’s Department 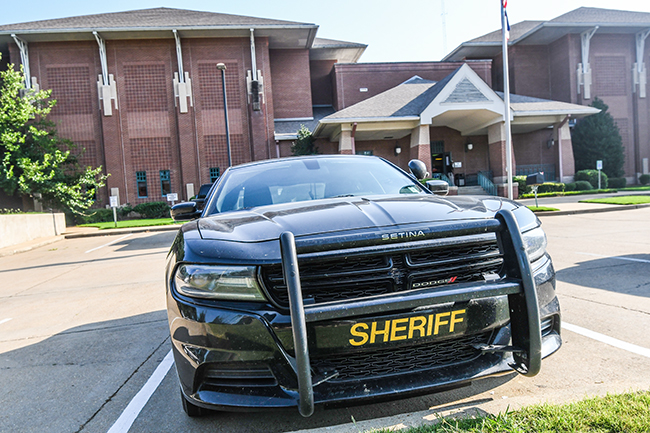 Jail Administrator Johnny McDonald, E-911 Supervisor Becky Barnett and Sheriff Buddy East made their budget requests known to the supervisors, who are in the midst of meeting with county departments as they go through the budget process.

McDonald told the supervisors that the detention center needs some serious upgrades to locks on jail cells and an outdated computer system, which is also used by sheriff’s department. The current computer system is being phased out, according to McDonald, and his portion of replacing the system would cost around $30,000 for the web-based system.

McDonald would also like for the part-time nurse at the facility to become full-time. Dr. Tom Fowlkes agrees that the nurse needs to be handling all of the medical responsibilities jailers are currently taking care of for the inmates, simply because she is currently part-time. Along with medical supplies and other needs, McDonald said $40,000 is the figure needed for medical at the detention center, which does not include the pay increase for a full-time nurse.

The most expensive cost for the detention center would be the locks, primarily covers for the locks which prevent inmates from jamming objects into the locks and have the ability to get free within the cell block. The cost would be more than $300,000, according to McDonald. He added that the locks have to be worked on a couple times a week on average.

“The locks are old,” McDonald said. Most of the locks are as old as the facility, which opened in 1993.

Barnett requested another full-time dispatcher. Hardware for the E-911 system needs to be upgraded for the new computer system the jail and sheriff’s department are requesting.

The sheriff’s department requested 10 new computers and tablets to be used in the field, as well as upgraded software for the computer system, totaling $93,000.

The sheriff’s department would also like $138,600 to purchase tasers for each officer, as well as add and replace several vests and supply the deputies with hand-held radios and mobile radios. They would also like to add two more deputies to next year’s force and five more patrol vehicles at a cost of $160,000.