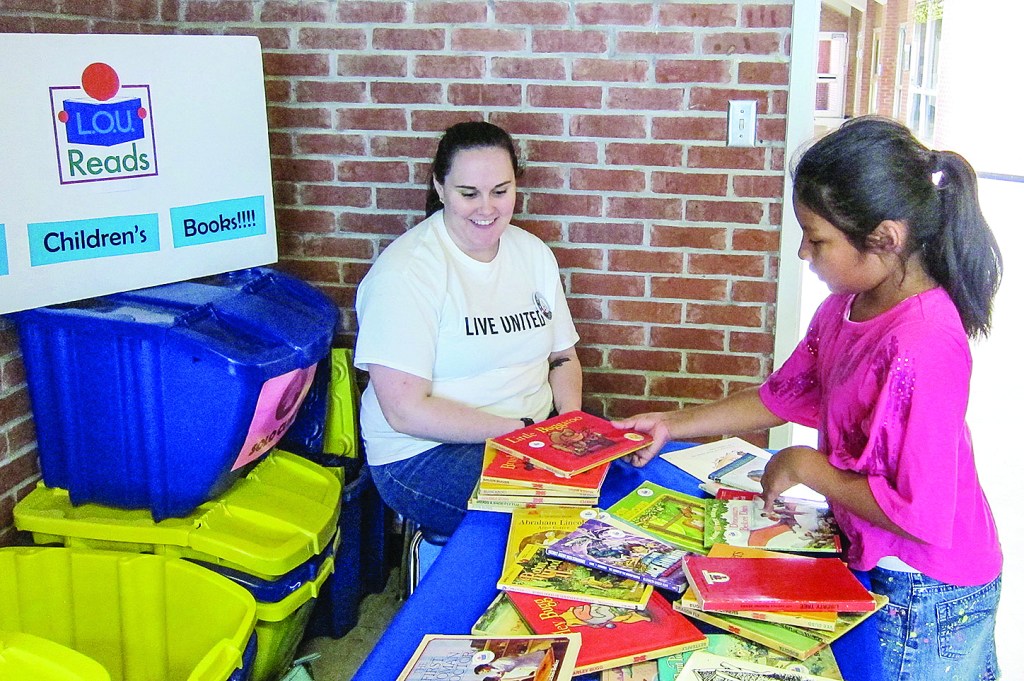 The Lafayette County, Oxford and University of Mississippi community is among 27 places across the nation designated as an All-America City Finalist by the National Civic League and the Campaign for Grade-Level Reading, a national organization dedicated to improving reading proficiency among low-income children.

The finalists were honored in June at the campaign’s national awards ceremony in Denver. Also, 15 other cities were named All-American Cities, an honor that will be awarded again in 2020.

LOU’s designation is the result of work from multiple local leaders within the LOU Reads Coalition, a collaboration established in 2015 that works to improve outcomes for low-income children in four areas: grade-level reading (measure of outcomes), school readiness (measure of preparedness), school attendance and summer learning opportunities.

“Literacy is a measure of a community’s prosperity,” said Suzanne Ryals, the new LOU director of early childhood and reading development and leader of LOU Reads. “We have a lot of great resources and through LOU Reads, we are no longer working in isolation.”

Ryals, formerly principal at Bramlett Elementary School in Oxford, attributes LOU’s success to the work of several local educators and community leaders. In her new role, she hopes to help improve literacy outcomes for children via data collection, assessment and continued parent engagement and workforce development.

The LOU community has some hard numbers to back up its recent honor.

The number of children in the Oxford School District who have the reading skills needed to start kindergarten has risen from 29 percent in 2014 to 50 percent in 2016, according to data from the Mississippi Department of Education.

Some 95 percent of Oxford-area children are reading proficiently by third grade.

“I think there is a lot to be learned from the LOU community,” said Ashley Parker Sheils, director of the Mississippi Campaign for Grade-Level Reading, which works with nine affiliated communities. “The LOU community has really brought people together and formed powerful sub groups around all four of the campaign focus areas.”

One example of the LOU community meeting the grade-level reading challenge can be seen in the attendance category. LOU Reads leaders have built relationships with local parents through outreach programs such as “Breakfast at the Bus Stop,” where LOU leaders bring breakfast foods to children and parents in the morning to discuss chronic absenteeism at local bus stop locations.

By building relationships and community partnerships, the impact for children has been a positive one. Some 47 percent of local second-grade students missed 10 or more days in 2011-15, but this number was reduced to 17 percent in 2016, according to locally collected data.

“(LOU Reads) has definitely moved the needle for outcomes for children in our community,” said Angela Rutherford, director of UM’s Center for Excellence in Literacy Instruction, one of multiple Ole Miss entities that is part of the organization.

“We want to do whatever we can to support LOU Reads’ goal of increasing literacy achievement. In 2020, we want to be an All-American City.”

UM organizations that are members of LOU Reads include CELI, College Corps, Dr. Maxine Harper Center for Educational Research and Evaluation, Horizons, Jumpstart and the McLean Institute for Public Service and Community Engagement.

“This is a community that values literacy and values its children and is actively working to provide the best opportunities it can for its youngest members,” Ryals said.