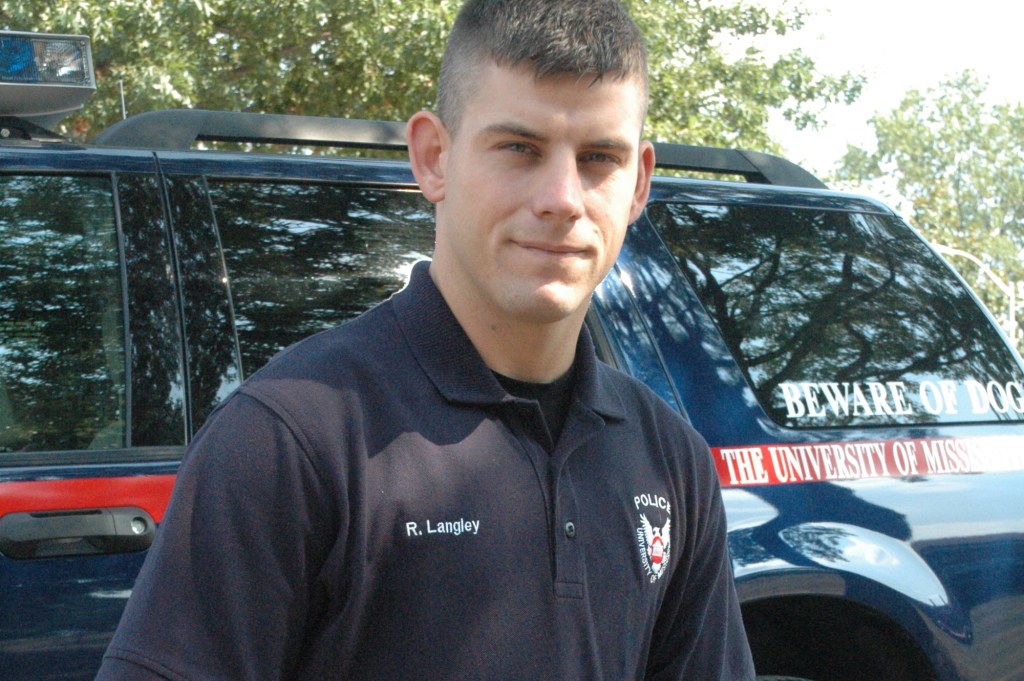 Friends, family and fellow law enforcement officers came together recently to write emails and letters to the Mississippi Department of Corrections to make sure the man responsible for killing University Police Officer Robert Langley stays in prison.

Last week, MDOC announced that Daniel Cummings, who pleaded guilty in late 2006 to manslaughter by culpable negligence, would be released after serving half of his 20-year sentence under MDOC’s Earned Release Supervision. However, when he was sentenced, prosecutors said he would have to serve at least 85 percent of his sentence.

But that wasn’t enough assurance for those who knew Langley and his family.

They wanted Hall to know they were opposed to Cummings being released before serving at least 85 percent of his sentence in case the stay on his release was temporary.

On Friday, UPD sent out a mass email asking people to write or email Hall, asking that Cummings, 31, not be released early.

“He was of sound mind when he killed Officer Robert Langley as he was when he accepted and stated in a court of law that he understood his sentence. He received a 20-year sentence and was set to serve 85 percent of it. Daniel currently has served 10 years, but his release date was set for July 28th. It’s my understanding that a temporary halt has been issued, however, that could change at any time,” the email stated.

Cummings, a second-year Ole Miss student at the time, was pulled over for a traffic stop by Langley when he suddenly drove off, dragging Langley for more than 200 yards. Prosecutors said Cummings had drugs and alcohol in his system when the officer was dragged to death.

Langley left behind a wife, two children and two step-children.

His widow, Lisa Robinson, said she was grateful for the outpouring of love and concern from the community. She gathered 40 written signatures.

“We are so blessed with love and support from our community,” she said. “Thank you for all the prayers in this matter.”

Candy Williams, secretary/treasurer of the Lafayette County Law Enforcement Officer Association collected about 37 emails and sent them on to UPD who forwarded the emails to Hall.

“I posted on the LCLEOA Facebook and asked people to send emails,” she said. “When they started to come in I cried while reading them.”