On July 5, Oxford Police Department officers responded to Combs Street after receiving a report of a stolen vehicle. 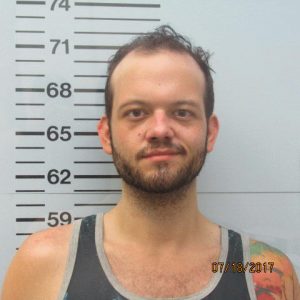 The alleged victim claimed William T. Hammond, 24, of Brookhaven stole his vehicle. On July 16, Hammond was arrested by the Lincoln County Sheriff’s Department for an unrelated incident.

The vehicle has since been recovered.