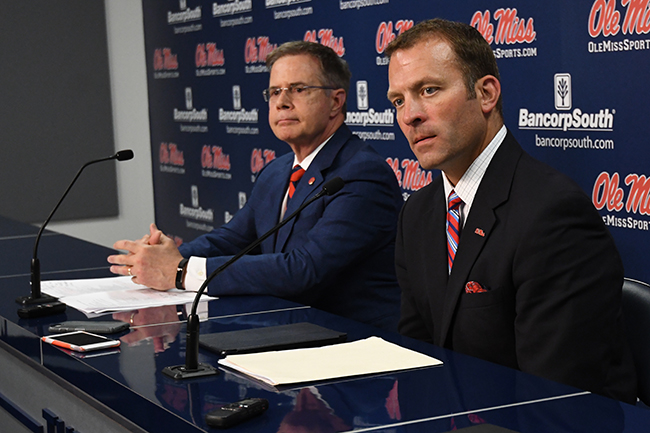 The news of Ole Miss head football coach Hugh Freeze suddenly resigning Thursday evening sent shock waves through Rebel Nation on social media with many fans expressing anger, outrage, disbelief and disgust, while others showed support for the coach who guided the football program back to national prominence that included consecutive wins over Alabama and a 2016 Sugar Bowl victory.

Some of the comments on The Oxford EAGLE Facebook page included:

•Charles Zettergren: Hugh Freeze is a good man and may the power of our God and Lord savior always be with him. Amen!

•Nicky Avery: I don’t believe that he actually did it. I think he just resigned because he is sick of all the allegations.

•Jeff Wells: I don’t know. I’ve never called one. But apparently, he knew he was wrong, as he was asked for his resignation and he didn’t fight it.

Current and former players also took to social media in the aftermath Thursday evening tweeting their support for the football team and fans:

•Defensive end Marquis Haynes: Just to let the rebel family know we are still here and we ain’t backing down.

•Wide receiver DaMarkus Lodge: I’m gone say this one time and one time only! WE HERE & READY FOR WHATEVER … I promise we ain’t going nowhere!! Bye.