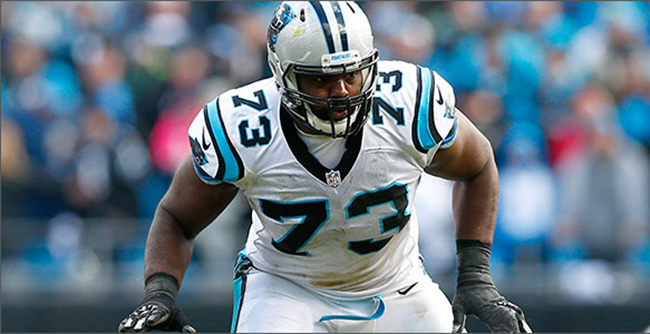 Details of former Ole Miss standout Michael Oher’s arrest for assault on an Uber driver this spring have reportedly been revealed in a frantic 911 call.

According to The Tennessean, Oher, an eight-year NFL veteran who’s been in the league’s concussion protocol since September, was arrested in connection with an April 14 incident in which Nashville, Tennessee resident Girma Berkess claimed a drunk Oher attacked him and bit him while giving Oher a ride to a comedy club in Nashville.

“He bit me,” Berkess told dispatch during the call that night while running out of breath, according to the report. “My back.”

The driver detailed the alleged attack for 12 minutes and at one point told the dispatcher he wanted a cop sent for protection.

“I think he’s a Titans player,” Berkess said, according to the report.

A lawsuit filed this week alleges Oher got upset when the driver was supposed to follow Oher’s wife’s car but lost it in traffic. It also alleges that Oher pushed and kicked Berkess over a fare dispute, according to the report.

Oher, the subject of the hit movie “The Blind Side” that portrayed his rise from a homeless teenager in Memphis to Ole Miss All-American to a first-round NFL draft pick, played for the Rebels from 2005-08. He was drafted by the Baltimore Ravens in 2009 and has also played for the Tennessee Titans and the Carolina Panthers.

He was cut by the Panthers on Thursday after failing a physical.

What they’re saying nationally about Hugh Freeze’s resignation at…