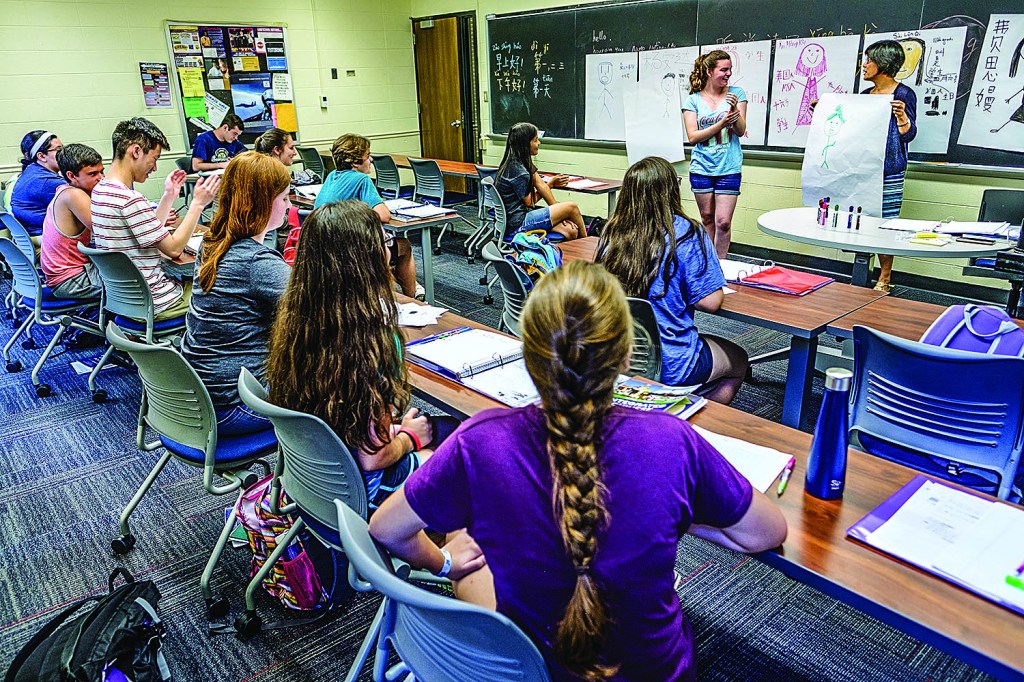 Thirty high school students from across the nation are learning how to fluently speak Mandarin Chinese thanks to an intense summer program at the University of Mississippi.

Mississippi StarTalk, which began June 28 and runs through July 28, is a federal program for rising sophomores, juniors and seniors. Besides studying Chinese inside and out of the classroom, students participate in a cultural program introducing them to China, its people and its culture.

All students who complete the program receive college and/or high school credit in Mandarin Chinese.

“The University of Mississippi has one of the premier undergraduate Chinese language programs in the country and it receives special federal funding to send students to study in China,” said Donald Dyer, associate dean for faculty and academic affairs and professor of Russian and linguistics in the College of Liberal Arts.

“Students who have become highly proficient speakers of Chinese during their high school and college careers will find themselves with unlimited career opportunities when they finish their education over the coming decade.”

“Mississippi StarTalk is a chance to begin or continue the study of Chinese under ideal circumstances and with opportunities to continue during the coming year and into college,” said Brendan Ryan, a UM Stamps leadership scholar who serves as program coordinator. Both Ryan and Hale participated in the StarTalk program in 2013 and 2012, respectively.

A mathematics and Chinese major, Ryan participated in the Fulbright Hayes Group Project Abroad in Xi’an, China and will return in August to partake in the Capstone year of the Chinese Flagship Program.

StarTalk program participants said they have benefitted already from being in the program.

“I love this program and its intensity,” said Mary Entrekin, a Level 1 student from Gulfport. “I catch myself saying things in Chinese that I did not think I knew how to say simply because of all of the exposure that I’m getting to the language and the culture.”

Entrekin said she plans to keep up her Chinese skills with a tutor since Chinese is not offered at her high school.

“I also plan to be able to communicate with Chinese-speaking students in a more efficient way,” she said. “I love learning foreign languages and their corresponding cultures, and this program was the perfect opportunity to do just that.”

UM offers the state’s only Mandarin Chinese degree program and is home to one of 12 Chinese Flagship programs in the U.S.

UM student goes into the wild for the cure…