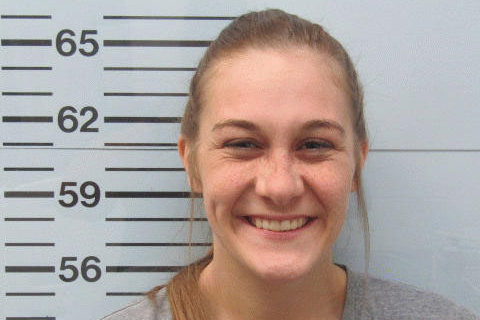 On Friday, July 21, 2017 Investigators of the Oxford Police Department served an arrest warrant on Lindsey Wood (21) of Grenada, MS for one count of aggravated assault. Early Monday morning on July 17, 2017 the victim called the Oxford Police Department and stated Lindsey Wood intentionally hit her with a motor vehicle while she was standing in a parking spot at the Taylor Bend apartment complex. This incident occurred after a verbal altercation between the two. The victim came to the police department and filed charges on Wood for aggravated assault. The victim suffered minor injuries on scene. Wood’s bond was set at $10,000.00.

A Grenada woman was arrested Friday for allegedly trying to hit another woman with her car.

According to the Oxford Police Department, Lindsey Wood, 21, allegedly hit a woman with her vehicle while the woman was standing in a parking spot at the Taylor Bend Apartment complex.

The incident happened after an altercation between the two women. The alleged victim came to OPD to file charges against Wood for aggravated assault. She suffered minor injuries.

Woods was picked up on a warrant Friday and taken to the Lafayette County Detention Center where she was booked on a $10,000 bond.