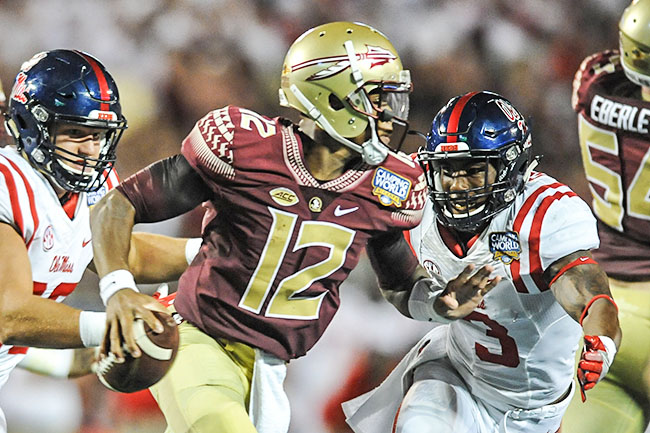 Ole Miss first-year defensive coordinator Wesley McGriff said shortly after being hired in December the Rebels would operate out of a multiple 4-3 scheme under his watch.

How often Ole Miss actually puts three linebackers on the field this fall will depend on how much progress has been made at a position that’s struggled to produce in recent years.

Recruiting misses under former coach Hugh Freeze have contributed to that, leaving Ole Miss to often scramble for junior college players and transfers at the second level of the defense. DeMarquis Gates is the bright spot of the group after leading Ole Miss in tackles each of the last two seasons, but the rising senior is the only proven commodity at the position with no other returning linebacker tallying more than 41 tackles last season.

Gates is entrenched as one of the starting outside linebackers heading into fall camp. Detric Bing-Bukes, who played in 11 games with three starts in his first season with the Rebels, is listed at the top of the preseason depth chart at middle linebacker while newcomer Brenden Williams is expected to contribute immediately after posting 89 tackles at Northeast Mississippi Community College as a freshman last season.

There’s not a ton of experience behind them.

Sophomore Willie Hibbler, converted running back Jarrion Street and walk-on Tayler Polk, whose 34 tackles are the third-most among the group returning this season, will help on the outside while former three-star signee Donta Evans will get his first shot in the middle after redshirting last season. Senior Ray Ray Smith will provide depth as a reserve, but the Rebels will look to other members of their incoming recruiting class to help out.

Ole Miss signed a trio of high school linebackers, three-star prospects Josh Clarke and Mohamed Sanogo along with Louisiana product Zikerrion Baker, that will have their chance to earn reps immediately. At 6-foot-2 and 217 pounds, Clarke is the biggest of the group and projects in the middle while Sanogo and Baker will likely get looks on the outside from first-year linebacker coach Bradley Dale Peveto, who coached outside linebackers and special teams at LSU the previous three seasons.

Peveto believes there’s potential within his group, but releasing it will take some more patience.

“I told them that I’m not a magician and they’re not either,” Peveto said this spring. “It comes with hard work, consistency and repetition. If we just keep doing the right things, we’ll be a good linebacker group.”