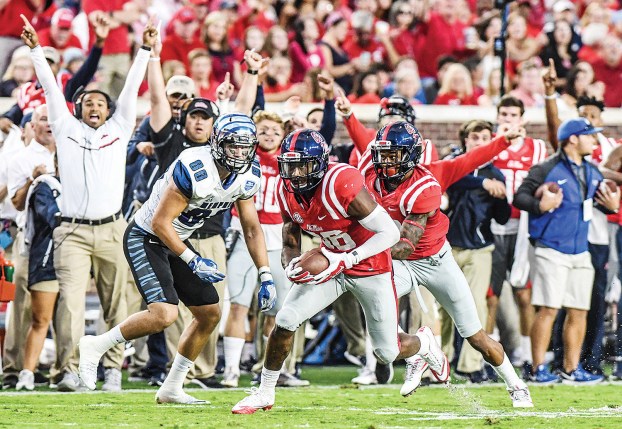 EDITOR’S NOTE: This is the third of a 10-part series breaking down each position on Ole Miss’ football team entering fall camp. A different position will be featured each day leading up to the Rebels’ first day of practice on Aug. 2.

More than three months removed from spring practice, and the middle of Ole Miss’ defense is still the concern for first-year coordinator Wesley McGriff.

That includes safety play that was suspect a season ago.

The Rebels have some experience there but have struggled to get consitent production on the back end of their defense. Ole Miss was respectable against the pass last season, ranking 48th nationally in passing yards allowed, but the impact plays weren’t there.Ole Miss’ eight interceptions ranked 93rd.

The most accomplished player at the position is junior Zedrick Woods, who’s entering his second full season as the starting   free safety. Woods finished second on the team with 63 tackles and had a team-high three interceptions a season ago.

A step forward from senior C.J. Hampton at strong safety would go a long way in solidifying things at the position, but Hampton, who played in all 12 games last season but didn’t draw a start, hasn’t shown enough to pull away from junior C.J. Moore, who’s listed as a co-starter with Hampton on the preseason depth chart.

Coaches are high on sophomore Deontay Anderson, a former four-star prospect that played in every game with one start last season. The 6-foot-1, 221-pounder finished last season with 32 tackles and an interception and will start the season as Woods’ backup, though he could get additional snaps when the Rebels go to their nickel and dime packages in McGriff’s 4-3 base defense.

Third-year sophomore Armani Linton will provide depth after playing in nine games as a reserve last season, but a lack of bodies will force some of the Rebels’ newcomers into action immediately at the position.

Clinton product Kam White was a late yet important snag for the Rebels on signing day and will join C.J. Miller and Breon Dixon as true freshmen who will compete for playing time.

White is a big-bodied athlete at 6-2 and 203 pounds while Miller isn’t far behind at 6-1 and 188 pounds. Dixon brings versatility to the position after playing linebacker in high school and some nickel corner during the spring as an early enrollee, though he could slide over to either safety spot if needed.

It was Christmas in July for Matt Luke. Ole Miss’ new head football coach strolled through the double doors of... read more