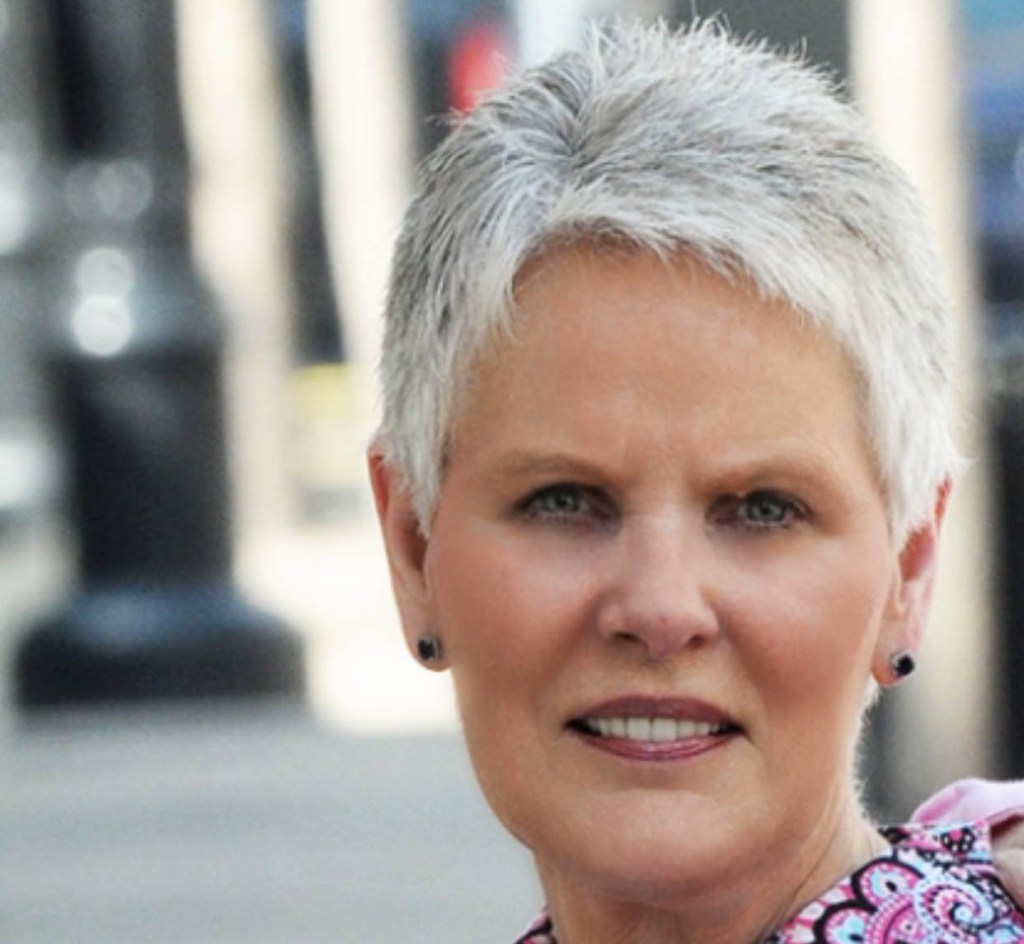 King attended an Oxford Exchange Club meeting in October 2002 as a guest speaker and then invited to become a member. Six months later, she became secretary — a position she’s held since, other than the year she served as chapter president.

“Who wouldn’t want to get involved in a club that has that platform?” King told the EAGLE recently.

The Oxford club has also offered assistance after natural disasters; participated in projects to help improve the lives of senior citizens; recognize a local firefighter of the year each October and local law enforcement officers monthly; visit veterans each December at the State Veterans Home in Oxford to deliver Christmas gifts; donates arts and craft supplies to the Oxford Boys and Girls Club for them to create holiday greeting cards for local veterans; and award local outstanding youths with their Youth of Month/Year program.

“We have weekly programs with speakers from all walks of life,” King said. “There’s just a lot of interesting programs that keep me involved.”

King has served as secretary and president of the Oxford club and as district director for the Clarksdale, Batesville and Oxford clubs.

After being asked by the Mississippi District Board to run for state president, King agreed. She was unanimously elected at the District Conference in Columbus earlier this year.

“I want to serve as president to further the important programs we implement statewide, especially the prevention of child abuse,” she said. “Like most areas in my life, this is a challenge and an honor.”

King’s presidency began July 1 and end June 30, 2018, after a one-year term. As president, her primary duties will be to help build new clubs in Mississippi, increase membership statewide and assist clubs in membership retention. She will travel to all 31 Mississippi clubs throughout the year — sometimes more than once, and serve as the ambassador for the National Exchange Club.

Since taking the helm three weeks ago, King has already visited 10 clubs. Her goals include building at least five new clubs with a focus on north Mississippi, which only has 10 clubs, and increase the state membership number from 630 to more than 700.

“I want to absorb all of the good news and great programs and fundraisers that Mississippi clubs are having and share with other clubs that struggle,” she said. “Nationwide, all (civic) organizations have shrinking numbers. I want to turn that number around with Exchange in Mississippi.”

King has lived in Oxford since she was 1 year old. She graduated from the University of Mississippi in 1971 with a degree in education. She worked as a courtroom clerk for nine years before working for Farmers Home Administration/Rural Development where she received The Distinguished Service Award. She’s a recipient of the Department of Army Commander’s Award for Public Service and currently works for Oxford University Bank. She and her twin sister, Katherine are the authors of several books, including the popular, “Y’all Twins?”

King hopes to encourage Mississippians to get more involved in civic clubs, no matter which club they choose; however, she’d like more people to choose the Oxford Exchange Club.

“We do a lot in the Oxford Exchange Club and we could use more members to spread the love around,” she said.

While her new role will have her traveling a good bit, her heart remains with her local Oxford club.

“We have a great camaraderie, laughing and joking with each other, enjoying an hour each week together,” she said.