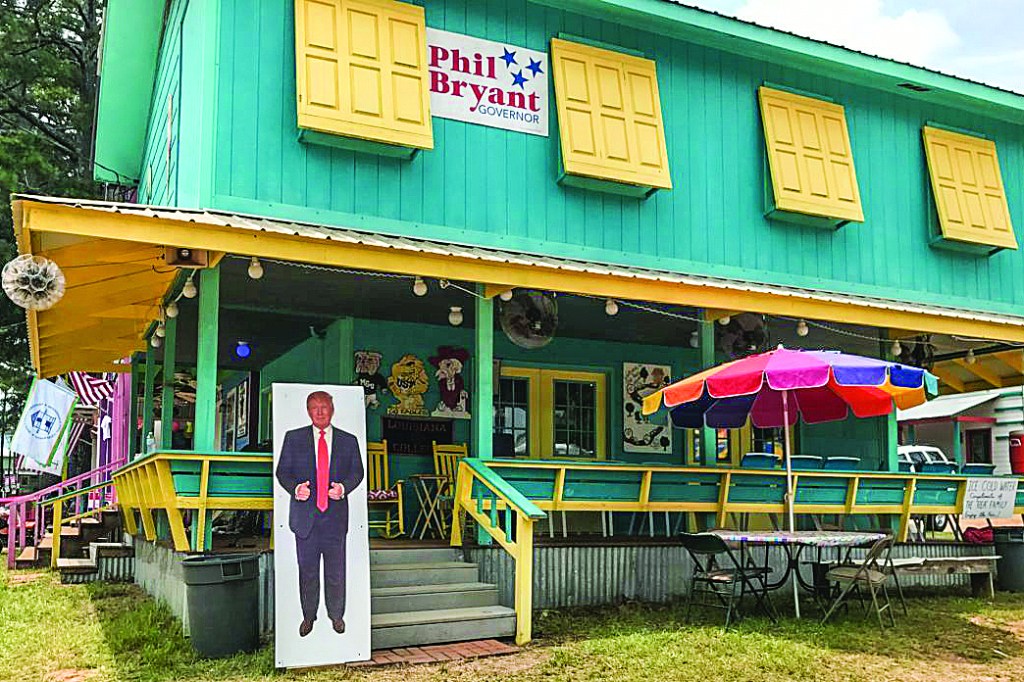 Today, he and his team of attorneys are scheduled to meet with the U.S. Senate Judiciary Committee, which is investigating whether he and his father’s campaign colluded with Russia to win the 2016 presidential election.

Several attendees of this year’s Neshoba County Fair — the state’s most lively annual political spectacle — recalled last year’s Trump visit with pride and expressed little concern about any wrongdoing by the Trump campaign.

“If it happened, it happened,” said Kenny Rae, a Madison resident who donned a “Make America Great Again” cap on Tuesday. “There’s bound to be a bad egg or two in every campaign, and maybe it happened. But it’s been three or four months of this. I just wish we could move on and let the president do what he promised he would do.”

“Oh yeah, I support the (Trump) family 100 percent,” said Sarah Smith, a Philadelphia resident who sat in an RV under a Trump campaign sign. “I think the Russia stuff is a whole lot of nothing. It’s just noise.”

Today’s Senate Judiciary meeting will center on Trump Jr.’s attendance at a June 9, 2016, meeting — just two weeks before he visited Neshoba — at Trump Tower in which personal emails Trump Jr. released showed that he believed he would receive incriminating information about Hillary Clinton, his father’s foe in the 2016 presidential election.

In that meeting, Trump Jr., former Trump campaign manager Paul Manafort, campaign advisor Jared Kushner and several others met with an attorney with ties to the Russian government.

About 900 miles southeast of Washington, the scene for Don Jr.’s trip to the Fair last year was one of the more memorable in its 128-year history — perhaps second only to presidential candidate Ronald Reagan’s visit in 1980, longtime fair-goers boast.

Massive Trump signs and handmade banners hung from many balconies of the Fair’s famous cabins, and droves of fair-goers wore “Trump/Pence” apparel. Some even donned Trump masks and capes. One cabin behind the stage where Trump spoke bore a handmade sign that read “Trump Tower.”

Trump Jr. stopped at numerous cabins along Founder’s Square with Gov. Phil Bryant and U.S. Rep. Gregg Harper before making his way to the horse track grandstand for a speech around 4 p.m.

There, a couple of thousand Trump supporters gathered, initiating “Trump! Trump! Trump!” and “USA” chants while patriotic songs blared from the loudspeakers.

“Many people have said my father is an unlikely voice for the people,” Trump told fair-goers that day. “He’s actually speaking for you. He’s giving a voice to the people who have made this country great.”

While the Trump paraphernalia isn’t quite as obvious this year, it doesn’t take long to find supporters and visible remnants from last year’s visit. Signs showing names of prominent state and local Republicans are stacked on most light poles of the fairgrounds’ sprawling acreage, and Trump’s name joined many of them yet again this year.

Last year, Trump Jr. visited Rae’s cabin — cabin 126 near the race track grandstands — and “he couldn’t have been kinder,” Rae said. This year, Rae erected a life-size cardboard cutout of President Trump just off his cabin’s porch, which he said has drawn “at least 300-400 people” to stop and take pictures.

“I’d welcome any of them back down here,” Rae said. “Don Jr.’s visit last year was one of the greatest Fair moments. I would think if Trump or any of his family members came back down here, we’d see as large a crowd as we had for Reagan. I truly believe it.”