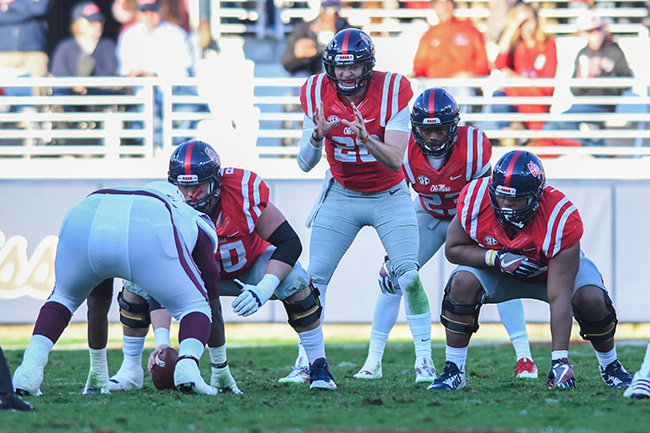 They’ve spent their offseason having to answer one question after another about the program, few of them pertaining to their preparation for the upcoming season. Ole Miss has been college football’s biggest storyline with various twists in its NCAA case that reached the top with a sudden change in the program’s leadership.

With Ole Miss set to start fall camp Wednesday before opening the season a month later against South Alabama, players are ready to expend their energy physically rather than verbally.

That frustration has been building for a while.

The Rebels experienced their first losing season under Hugh Freeze last fall, a 5-7 record that was punctuated with a 55-20 loss to Mississippi State on their home field. Freeze overhauled his staff as a result, bringing in five new assistants, including offensive coordinator Phil Longo and defensive coordinator Wesley McGriff, that players are still getting used to.

In February, players found out they have no chance at a bowl game this season when the school imposed a one-year postseason ban as part of its penalties stemming from the investigation, which has Ole Miss facing 21 charges of rules violations, including 15 Level I allegations, which the NCAA deems the most serious.

The most stunning development came last week when Freeze’s five-year tenure ended with an abrupt resignation after it was discovered that a call placed from Freeze’s university-issued cell phone to a number linked to an escort service led to a more thorough examination of Freeze’s phone records that revealed what athletic director Ross Bjork called a “concerning pattern” of personal misconduct.

“It was shocking,” Patterson said.

But after receiving the news from Freeze himself in one last meeting Thursday night and hearing a few words from interim coach Matt Luke, Patterson said the team was back to controlling what it could control starting with a 6:30 workout Friday morning.

“We had to get back to work,” Patterson said. “Things happen in this world. We’ve still got to keep things rolling. We still have football games to play. Those young guys, they came to us and were like, ‘Hey, we’re still here.’ Everybody was still here that morning, and we smashed the workout.”

Patterson’s teammates are also ready to move on with the coaches that are still around. It starts with Luke, a former Ole Miss player whose first head coaching job comes at his alma mater after serving two stints as an assistant with the Rebels.

Quarterback Shea Patterson, who’s entering his first season as the full-time starter, said he’s trying to learn everything he can from Longo, whose version of the Air-Raid offense was one of the most prolific in the Football Championship Subdivision the last three seasons at Sam Houston State.

“With the offense he has, we’re just so excited to put the ball down and show everybody what we’ve got,” Shea Patterson said.

On the other side of the ball, McGriff’s simplicity with resonating. McGriff plans to run a 4-3 base defense in his first year as a coordinator at the Football Bowl Subdivision level that can be multiple in its looks without overloading the playbook or his players with complexities.

“He’s given us the ability to just sit back and play,” Speaks said. “He’s simplified the defense for us. Not too much is in. Guys can really just play ball, focus on making their reads and just playing football.”

After months of talk, that’s all the Rebels want to do.

“Guys are just ready to get on the gridiron and basically let everybody have what we’ve been taking,” Speaks said.