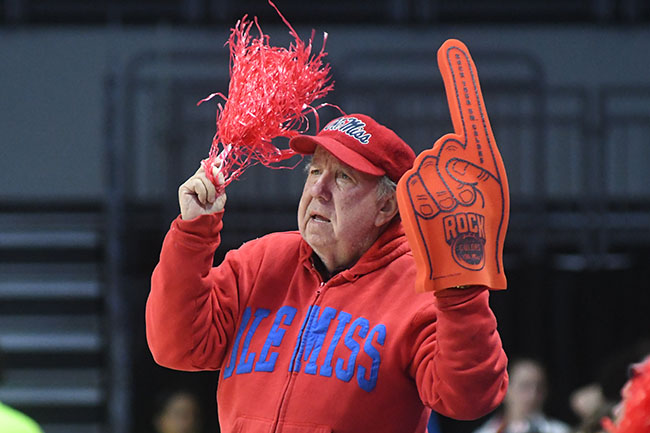 Bob Bruce, of Clinton, was known by Ole Miss fans as the “pom pom man” because he stood during timeouts at games waving a pom pon and a Rebel No. 1 foam hand.

Bruce (Charles Robert Bruce), age 76, died last night in Clinton, according to a family friend. Arrangements for Bruce, being handled by Lakewood Funeral Home in Jackson, are incomplete at this time.

He was known for attending Ole Miss women’s and men’s basketball games and sometimes baseball games and dancing during breaks, frequently shown on the large screen.

The Daily Mississippian, Ole Miss’ student newspaper, reported last year that Bruce spent half the year in Clinton and half the year at his family’s condo in Oxford and though he did not attend college himself has been a fan for many years.

READ: Hugh Freeze asks for prayer, looking to get life back together