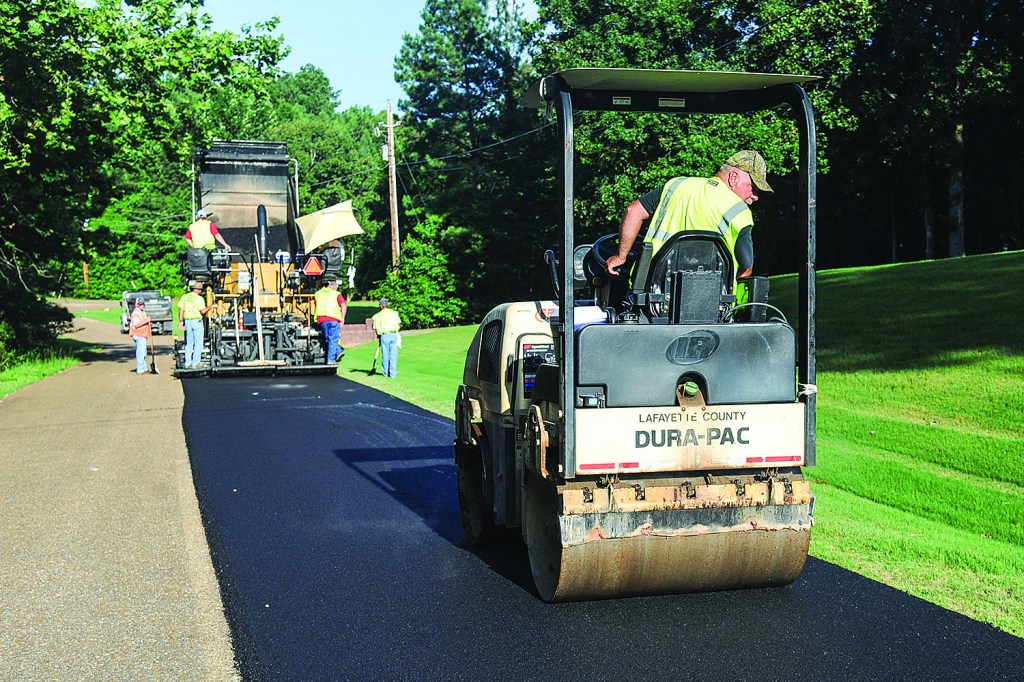 The Lafayette County Board of Supervisors continued to review proposed budgets Thursday from various departments and as per usual, the big ticket items centered around equipment.

The county recently went with supplying 96-gallon garbage cans to every household in the county. Cans are still being delivered to homes and some have requested an additional can. Currently, the garbage is being picked up in the “old fashioned” way, using front loader trucks until the new automated trucks arrive.

Supervisor Chad McLarty suggested the can number be included on people’s bills so residents can make sure they’re using the right can, especially in duplexes or townhouses where there may be two to four cans in a drive way.

The Road Department presented its almost $10 million budget on Thursday as well.

Most of the Road Department’s revenue comes from property taxes and state-aid grants. They project to start off the fiscal year 2018-2019 with $2.6 million in cash rollover from this year and $5.2 million collected from taxes.

Road Manager Joe Bynum said the list was prioritized based on need in the department.

“We’d like to get all five bush hogs at once if possible,” he told the supervisors. “We might get another year out of the paver if we pay to fix it up throughout the year.”

The supervisors will continue to review the proposed budgets and vote on a final budget in September.