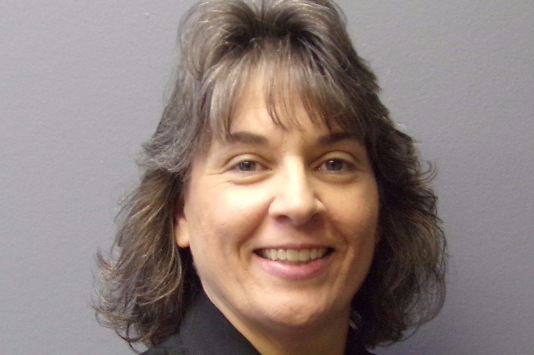 More than 50 years of experience walked out of the doors of the Oxford Police Department Thursday with the retirement of two captains who spent the majority of their police careers serving and protecting Oxford.

She worked her way through the ranks and ended her career as a captain. For the last two years, she was part of the Mounted Patrol where she and her four-legged partner, Gun Smoke, worked on the Square during weekends and home football game weekends.

“I still stop by and see him,” Lytle said Thursday during her retirement party at the OPD Training Building.

Lytle, 49, said she decided it was time to step aside and let the younger generations serve and protect while she will spend time shaping the minds of possible law enforcement officers while teaching criminal justice at Ole Miss.

“I look forward to being a civilian,” she said. “I get to step back and let others take care of Oxford. But I will still be invested in the community projects I’ve been involved with.”

Lytle said she will miss the relationships she’s built with her fellow law enforcement officers.

“At the end of your career, it’s not what rank you are or what rewards you’ve won that will matter,” she said. “It’s the relationships you’ve made while being a part of this department.”

Sharing the day with Lytle was Philip Zampella, who retired as of July 1, after 26 years of being in law enforcement. All of those 26 years were spent with OPD.

Starting off as a patrol officer, Zampella became the first School Resource Officer for the Oxford School District under the OPD umbrella 13 years ago. He held that position for 12 years before returning back to OPD as captain over patrol. He also served on the SWAT team for 18 years.

Since retiring earlier this month, he’s worked for his brother who owns The Tire Shop on Highway 7.

“Before becoming a police officer, I worked for Chandler Motor as a transmission tech,” he said. “I’ve been working on cars my whole life. I’ll work up there until it becomes like work.”

Zampella paused a moment to wipe away tears when he spoke of how much he’ll miss OPD and the friends he’s made along the way.

“I’ll miss the whole department,” he said. “All the people I’ve worked with.”

Both Lytle and Zampella were presented with the service weapons that they are allowed to keep, an American flag, a framed copy of a retirement resolution signed by the mayor and Board of Aldermen, recognizing them for their years of service and a few other gifts.

“We hope to see you both around,” said Maj. Sheridan Maiden during the presentation. “We thank you for your years of being a part of this department. We’re really going to miss you both.”