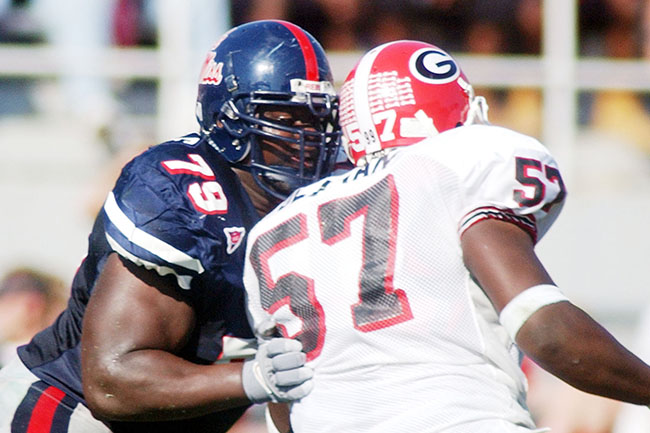 Six former Ole Miss standouts across five sports, including a former NFL lineman and the only softball All-American in school history, will be inducted into the M-Club Alumni Hall of Fame this fall.

Terrence Metcalf, Lauren Grill, Mahesh Bhupathi, Megan Breen, Antwon Hicks and Ali Hamadeh will be enshrined during a banquet on Sept. 1, the school announced Monday. The class will be honored during Ole Miss football’s season opener against South Alabama on Sept. 2.

Metcalf played for Ole Miss from 19998-2001, leaving as one of the best offensive linemen to ever suit up for the Rebels. A four-year starter for the Rebels, Metcalf was named the SEC’s Most Valuable Lineman and a consensus All-American in 2001 before being taken in the third round of the 2002 NFL Draft by the Chicago Bears. His seven-year career with the Bears included playing in Super Bowl XLI.

Gill is arguably the most decorated softball player in school history, becoming the program’s only All-American during her four-year career from 2007-10. Gill was a three-time All-SEC selection and a first-team All-American in 2008. She is Ole Miss’ all-time leader in hits (22), RBIs (143), walks (132), total bases 409) and slugging (.669) and holds the highest single-season average in school history (.443).

Bhupathi and Hamadeh teamed up to become the first Ole Miss duo to win an NCAA men’s tennis title by capturing the doubles championship in 1995. Bhupathi was the SEC Player of the Year and singles champion that season, finishing No. 3 nationally in singles.

Hamadeh was also regarded as one of the nation’s top singles players in 1996, ending that season ranked No. 6 with a 26-9 record on his way to All-America honors.

Breen is considered one of the best women’s golfers in Ole Miss history. A two-time medalist, Breen was a member of the program’s first NCAA regional team in 1998, the same year she was named first-team All-SEC. She holds the school record for top-10 finishes in a career (19) and season (8) while ranking in the top three in top-5 career finishes (9).

Hicks is one of the best track and field athletes in school history, winning a pair of national titles in the NCAA indoor 60-meter hurdles and being a six-time All-American (three indoor, three outdoor) during his career from 2002-05. He also won the U.S. Junior National Title and World Junior Championship in the 110-meter hurdles in 2002.

Following his career at Ole Miss, Hicks joined the Nigerian national team and set a national record for his country with a time of 13.27 seconds in the 110-meter hurdles. He competed in the Olympic Games last summer.