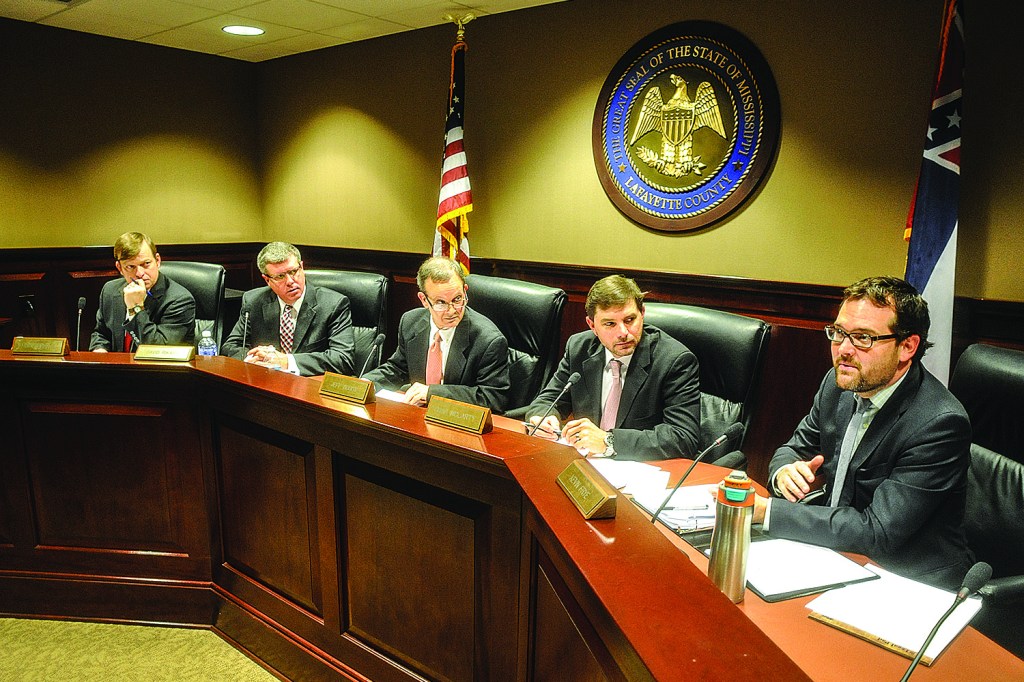 Some developments finally got the approval they’ve been seeking from the Lafayette County Planning Commission during Monday night’s monthly meeting.

Wellington Place, 409 Rentals and Hawks Nest Village were all before the commission once again and all three were recommended to the Lafayette County Board of Supervisors for approval. All three sought commercial site plan approval.

Westwind subdivision received preliminary and final subdivision site plat approval. The 27-acre development located off County Road 111 had some residents in the area concerned due to traffic issues. Precision Engineering and the developer have agreed to install three stop signs at the intersection of County Road 164 and County Road 111.

Those residents who spoke were not against the development but would like for county officials to do something more about traffic and specifically speeders.

Commission Chairman TJ Ray suggested rumble strips could be used, but said residents should bring their concerns to the Board of Supervisors.

Another proposed development on Highway 30 had some Hopewell Community residents concerned about the impact it could have on lakes in the area, in particular at Camp Hopewell, a year-round ministry of the Presbyterian Church located on 280 acres of the Holly Springs National Forest.

“Please realize this is a heritage lake,” said Jack Dunbar, who spoke on behalf of the residents. “These are very rare lakes and please be sure not to mess them up.”

The development, which has not been named yet by landowner and developer Sandy Haynes, will subdivide 93 acres into 10-acre lots north of Camp Hopewell. Haynes, who lives in the area, assured those in attendance he has no intention of impacting other areas of the community.

“I don’t want neighbors mad at me and they can contact me at any time during the process,” Haynes said.

• B&B Concrete received preliminary and final commercial site plan approval to relocate on an 11-acre site the county owns in the Industrial Park.

The Lafayette County Board of Supervisors will take up these matters and others at their 5 p.m. meeting on Monday.