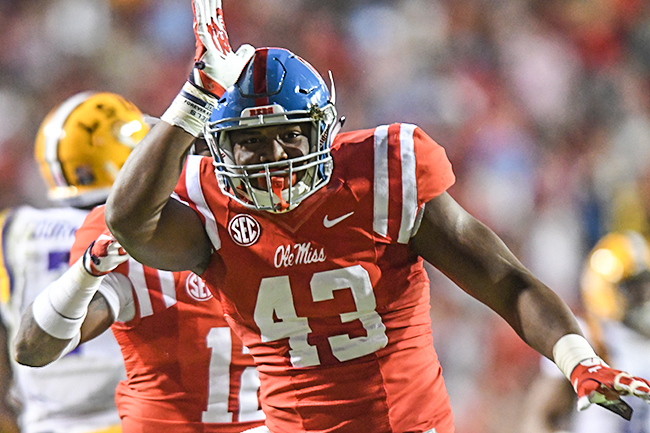 Cornerback Ken Webster and linebacker Detric Bing-Dukes were booked into the Lafayette County Detention Center by the Oxford Police Department at 6:55 p.m. on shoplifting charges. The players were released on bond at 8 p.m., according to the jail docket.

In a statement released through a university spokesman, Ole Miss interim coach Matt Luke said, “We are gathering facts on the matter.”

Webster and Bing-Dukes are scheduled to appear in municipal court Sept. 16.

Considered the Rebels’ best cover corner by coaches when he’s healthy, Webster is listed as a co-starter on the preseason depth chart. The 5-foot-11, 194-pound Webster missed most of last season after tearing multiple knee ligaments in the opener against Florida State. He had been cleared for contact earlier this summer.

Bing-Dukes is at the top of the depth chart at middle linebacker heading into training camp. A junior college transfer, Bing-Dukes played in 11 games and started three in his first season with the Rebels last fall, finishing with 41 tackles and three tackles for loss.

Who are the boosters involved in Ole Miss’ NCAA…