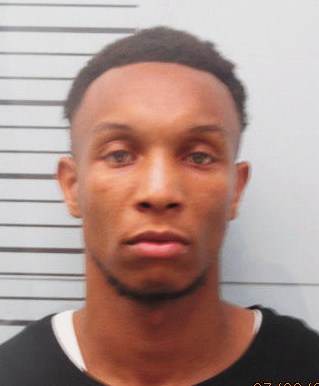 The Oxford Police Department arrested a Brooksville man Wednesday for allegedly kidnapping a woman from the University Trails apartment complex.

According to reports, officers responded to University Trails after receiving a report of a male assaulting a female and then kidnapping her and driving away. Witnesses were able to give officers a description of the vehicle and tag number. One witness identified the victim.

Investigators with OPD and Lafayette County Sheriff’s Department worked together to get the information out to other local agencies.

A short time later, the vehicle was found but no one was inside. The suspect was identified by law enforcement as Alan Clay, 23. Once investigators were able to get the alleged victim’s tag number they put the information out and officers began to search the city and county for her vehicle.

While officers were searching for the victim’s car an officer noticed a small tan car drive past where the suspect vehicle was located and the passenger resembled Alan Clay. A traffic stop was made on the vehicle and Clay was found in the passenger seat but the alleged victim was not inside.

Neither Clay nor the driver could tell the officers where the woman was.

Clay was detained and brought to the station to be interviewed by investigators. The victim was located about an hour later at her home in Marshall County with the assistance of the Marshall County Sheriff’s Office. She was in good condition, according to the OPD.

Clay was taken to the Lafayette County Detention Center where he was booked on a $25,000 bond.