Getting sober in Oxford: Meet Carol McKaskle and her incredible story of recovery 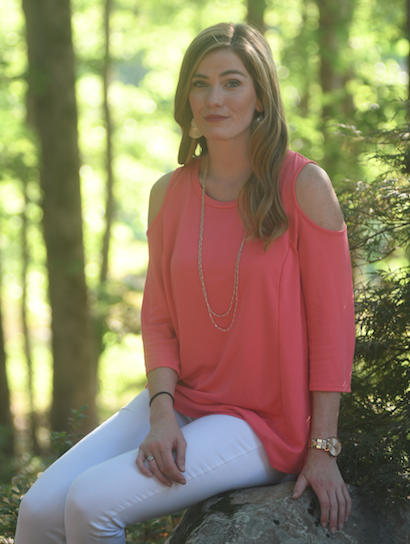 Carol McKaskle could easily be confused as an upper-class university coed.

But McKaskle did not come here to attend Ole Miss or join a sorority. The self-described cheerleader who ended up on a dangerous and destructive path came to Oxford to get sober.

“I’m a member of a couple of 12-step groups,” she will say, smiling, in response to the inevitable “What sorority are you in?” question.

It’s a good line because it is so true.

McKaskle is every bit the club president, wearing the role with more confidence than a 23-year-old should bestow. When a bullet has whizzed by your ear in a house occupied by drug dealers or you have spent weeks in jail with the threat of it becoming years, life tends to give that gift if you want it.

Three years after arriving in Oxford she’s thriving as a member of a growing recovery community. Consider that when she first arrived, visits to 12-step meetings at places like Oxford University Methodist Church and other outlets in the community would find 5 to 7 people there.

“Oxford is known as a recovery community,” she says.

Her journey, like the journey of so many others, started at Oxford Treatment Center, located in the northeastern corner of Lafayette County near the Etta community. McKaskle was a cheerleader at Hillwood High School in Nashville and a goody-two-shoes member of a Christian youth group who put water in her beer cans to hang out with the “cool” crowd to pretend she was drinking.

But all that changed once she smoked marijuana for the first time.

“I remember making a choice that I was going to try that,” she says. “My parents were going through a divorce and I thought I wanted to see what it would be like to feel different.”

She knew that addiction ran in her family’s genes but was unprepared for the immediate spiral into substance abuse that began with marijuana experimentation — it was trouble from the first toke, and within three months she was kicked off the cheerleading squad, expelled from school and facing legal issues.

Never mind that her mother worked in drug and alcohol counseling. Out of school and out of her home – her mother’s experience said tough love matters — she moved in with a drug dealer and remembers traveling the region with him while he sold drugs. They once stopped in Oxford.

“We would take up in a house for the weekend,” she said. “It’s awful. I’m afraid others still do it.”

McKaskle was trapped in a dangerous relationship, unsure how to escape. She turned to more drugs and started drinking alcohol. Her legal issues escalated and she was facing prison time before deciding that getting help was the only way out – except for the fact that she half meant it at the time.

She called a contact who said she could get a spot at the Oxford Treatment Center.

“I had been to Oxford but didn’t know what they meant by the Oxford Treatment Center,” she recalls. “I went because I had no other choice.”

With its rolling hills, horse therapy and skilled staff quietly doing world-class addiction treatment on the edge of Lafayette County, the Oxford Treatment Center was a turning point for McKaskle.

When they told her she should graduate to sober living in town she resisted, however, until family members demanded it. Even then, she had to spend two weeks in jail in the Franklin, Tennessee area first before she should move on with her life in Oxford sober living.

Without good legal help, she says, she might still be locked up today.

“I sold my car to pay for the lawyer and had nothing left,” she said. “But after two weeks in jail, coming to a sober living house in Oxford looked good.”

She attended two and three 12-step meetings in the Oxford community per week, making friends, and making a home here.

She got a job waiting tables at John Currence’s Big Bad Breakfast.

She started school at Northwest Community College, taking classes at the Oxford center and online, compiling to date a 3.68 grade point average and almost 40 hours of credit, despite working full-time these days at a local office.

She’s also emerged as one of the more delightful people you will meet in town, tossing around an easy smile and sharing dreams of attending Ole Miss undergrad and perhaps law school one day.

“I hope I can make a difference,” she says.