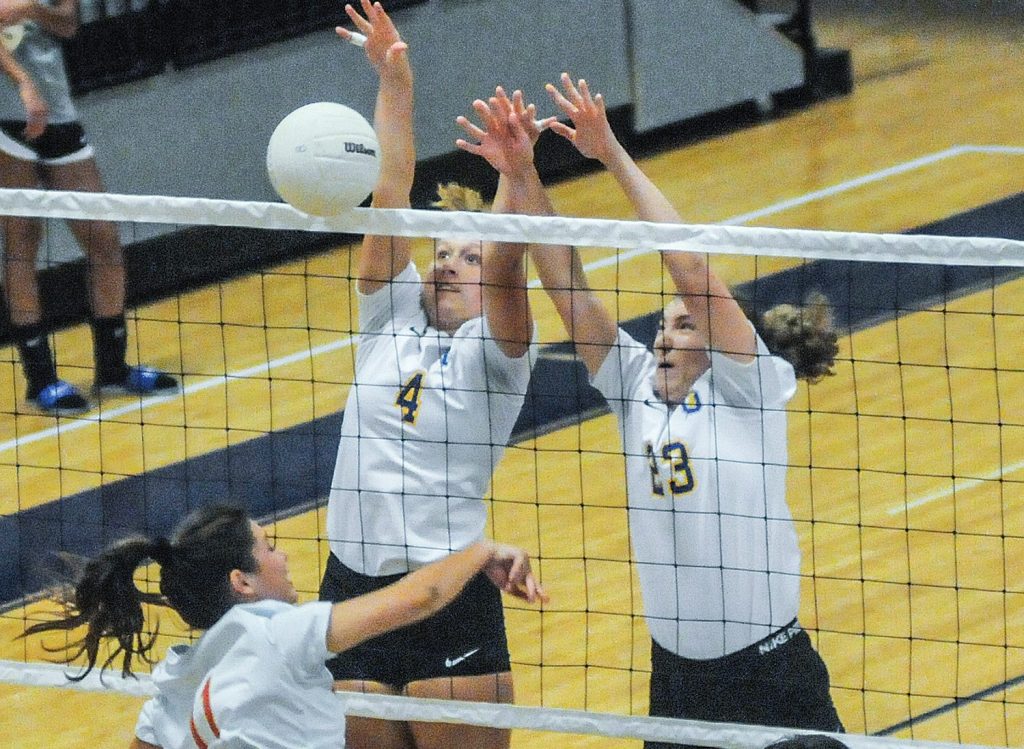 Kacie Hengler was nervous heading into Tuesday night. Not because the first-year coach at Oxford was concerned about how her team would perform on the court against cross-town rival Lafayette. It was because all her other responsibilities and tasks required of her were completed and she could simply watch volleyball.

“It was just being the first year that I’ve taken over this program and just all the behind-the-scenes stuff I was more anxious about than just playing,” Hengler said. “That to me was what I was most excited about. It was just all the extra stuff that coaches have to do.”

It is the first season for Oxford (1-0) in their new environment of Class 6A — Class III for volleyball — but the 2016 Class II champions did not look to have lost a step under their new coach. Hengler, who is involved with the Oxford Premier volleyball club, is replacing former coach Tara Ross, who retired from coaching after last season.

The Chargers jumped out to a quick start in each of the first two sets, never trailing and holding no less than a four-point lead in both frames.

“I just saw a team really,” Hengler said. “There was no individual that stood out tonight. I had three defensive specialists. Normally, you have your strong libero and I had so many options. It was just really fun to see them all get out there and all contribute almost evenly. Probably something I’ve never had as a coach.”

The only hiccup of the night for Oxford was in the third set where Lafayette (0-1) managed to get things on track and take a commanding 17-10 lead midway thru the set.

“We served-received so poorly in (sets) one and two that we didn’t give ourselves a chance,” said Lafayette head coach Clint Jordan. “(Oxford) has fabulous servers and we knew that. … I hate to say we caught up (in set three), but it’s like when you face a guy throwing 90 (miles per hour). It takes two or three innings if you’ve only been seeing 82. That’s kind of what we did. It took us too long to get into the game.”

After the large deficit, Oxford crawled their way out of it with a 16-7 rally, including seven straight points to end the match, and also killed five straight Lafayette set points to keep the sweep alive.

If the Chargers are going to make a run for their second straight state championship, they will get an early read of how well those chances are. Oxford hosts fellow division rival Tupelo on Thursday night, though the match does not count as a division game.

Lafayette will stay on the road as they travel to Ripley on Thursday.