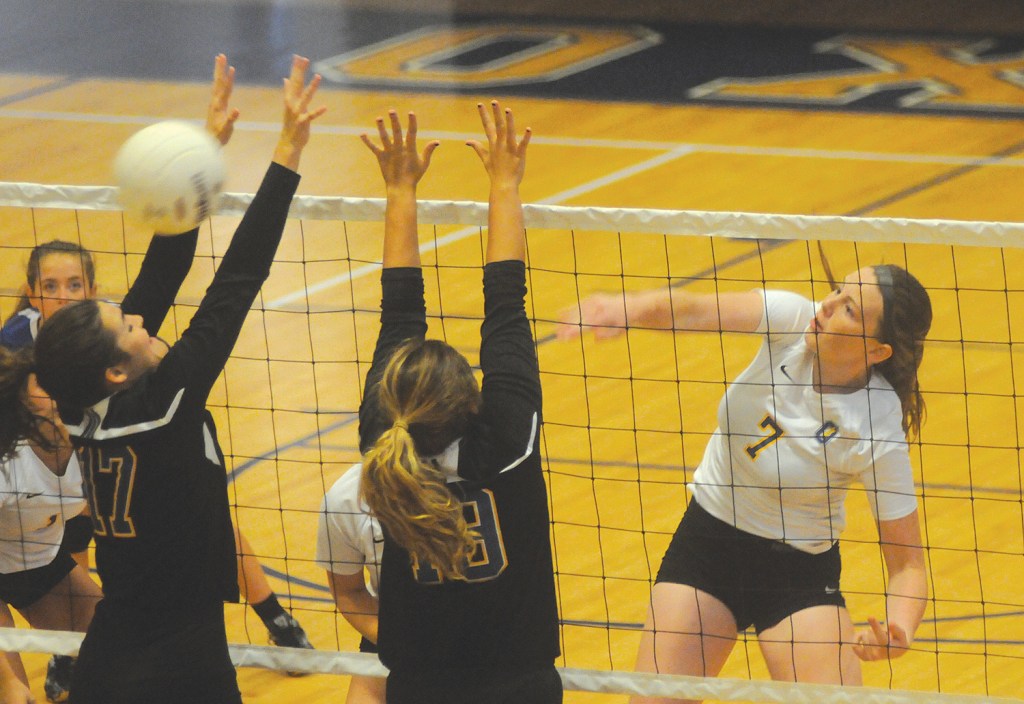 The task for Jordan Freeze this season was simple. Fill the shoes left behind by Maggee Hobson.

Freeze was everywhere on the court. Diving for balls, spiking them into Tupelo’s half of the court. Oxford went how she went.

“(Oxford) Coach Kacie (Hengler) just taught me a lot about placement,” Freeze said. “She taught me to look at the floor before you kill so I know where I’m going, know where I’m putting it before I even touch the ball. That helps a lot.”

It was a rocky start for Oxford (2-0), which dealt with team issues behind closed doors before the match and had to get past that and get ready for a testy Tupelo squad. The Golden Wave (0-1) jumped on Oxford in the opening set, taking a 20-9 lead and finishing it off with a 22-17 win for the early 1-0 lead.

“We had a rough pregame talk,” Hengler said. “So, I knew they’d be a little emotional heading into that first (set). It had nothing to do with that it was Tupelo. It was just stuff we had to handle as a team. I just told them after that first set that, ‘Girls, I know that was tough but we’re going to come back out and I know you have it in you to fight.’”

From then on, it was all Oxford.

The Chargers battled with Tupelo the final three sets. The match was tied 1-all after Oxford won set two 25-22 and followed that up with another 25-22 win in set three for the 2-1 advantage. Set three saw Tupelo come back down 10-3 to tie up the set at 17-all before Oxford went on an 8-5 run to close things out.

“I told them after the first set that, ‘OK, we have nothing to lose the rest of this match. I want you to just swing away,’” Hengler said. “So, we had started that momentum into the second set. Then they got their confidence and realized, ‘Oh, we can do this.’”

Set four was not as much of a see-saw affair with Oxford jumping out 10-4 and never relinquishing the lead to take the first of two contests between them and Tupelo. Thursday’s match did not count as a district game, but the match on September 21 at Tupelo could have playoff implications.

“The next time we go, it’s going to be at their house and we’re going to have to have the same confidence even in their place,” Freeze said. “Tupelo is always competitive. Even before they were in our district, we always counted them as a district game.  They’re always someone you want to beat.  A big 6A team and now we’re just proving we can do it at that level.”

Oxford travels to Ridgeland for the Set It Off Challenge Friday and Saturday.