C.J. Moore among those looking to emerge as Ole Miss’ No. 2 safety 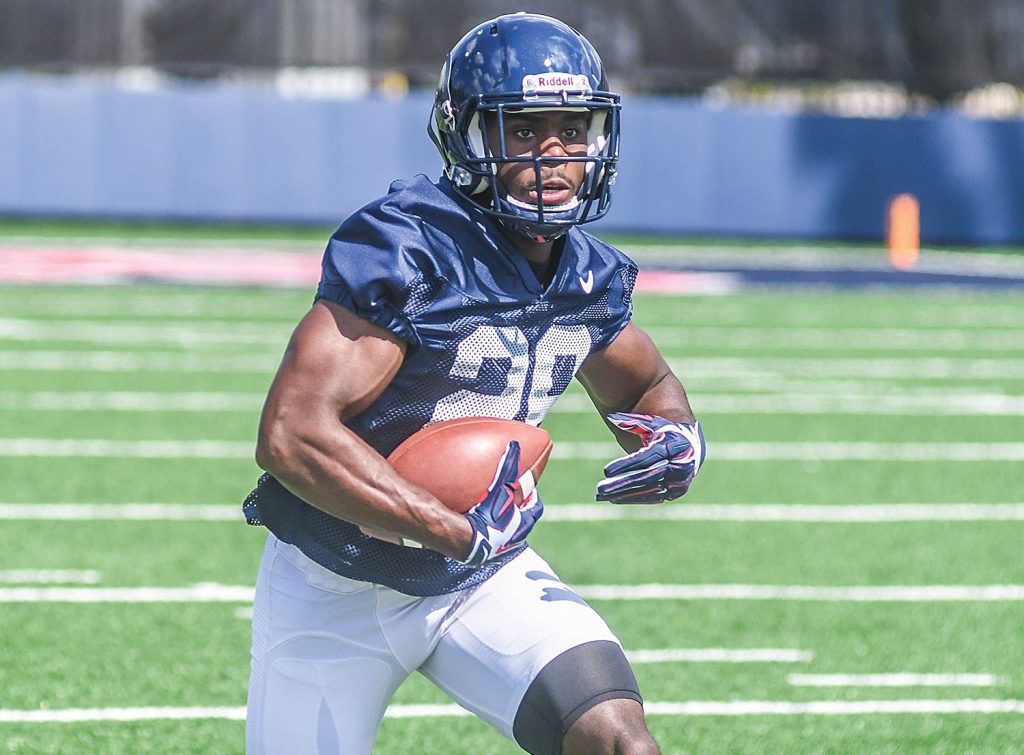 Wesley McGriff is still looking for an answer on the back end of Ole Miss’ defense.

C.J. Moore hopes to be part of the solution.

Junior Zedrick Woods has the starting strong safety job locked up after starting all 12 games there a season ago, but things aren’t nearly as settled beside Woods at free safety. Moore and senior C.J. Hampton, who played in every game a season ago but has just four career starts, are going back and forth in a tussle for that spot with the duo splitting first-team reps throughout training camp.

“It’s a battle,” Moore said. “Just a lot of competition and a lot of fun. Guys just getting after it.”

Neither has done much to separate himself in that competition to this point, which has some other options getting a look at the position. Cornerback Ken Webster, who’s still practicing despite being suspended for the Sept. 2 opener against South Alabama following his recent shoplifting arrest, has gotten an extensive look at safety with few proven commodities at the position. True freshman C.J. Miller has gotten some third-team reps there while sophomore Armani Linton could get some snaps if needed.

McGriff said Webster will still slide back out to corner at times and could even play the nickel, but the Rebels’ first-year defensive coordinator has liked what he’s seen from Webster at his new position.

“You’re talking about an athletic safety, a guy that can get in there and provide you with some man-to-man coverage ability,” McGriff said. “He can make you better in terms of the players’ speed and keeping the top on the coverage.”

But Moore is doing what he can to keep up in the race now that he’s healthy. A torn pectoral muscle cost the fourth-year junior all of last season while he spent his first two years in Oxford in a backup role, recording 28 tackles and a pair of pass breakups so far in his career.

With his first real chance at a starting job, Moore said he has to show more consistency to McGriff to make his case starting with the basics.

“Just better my tackling and high-pointing the ball when it’s on the roof (highest point),” Moore said. “But just making sure that I’m a for-sure tackler.”

Moore said the mental side of the game is coming easier to him thanks to the simplicity with which McGriff wants to run his 4-3 defense. The safeties and linebackers make all the calls and checks as “the QB of the defense,” Moore said, but it doesn’t involve as much thinking as the previous system did under Dave Wommack.

“It’s a lot more simple than what I’m used to,” Moore said. “We just don’t have as many calls. We went from probably 50 calls to 20 calls. It’s a lot easier and we can get after it.”

But McGriff is waiting for someone other than Woods to put it all together sooner rather than later.

“Their performance has got to make us say, ‘OK, this is the guy that we have to play in that spot,’” McGriff said. “In terms of moving somebody else from another position, I think we’re fine with what we have. We’ve just got to get them better and, at some point, they have to separate themselves.”