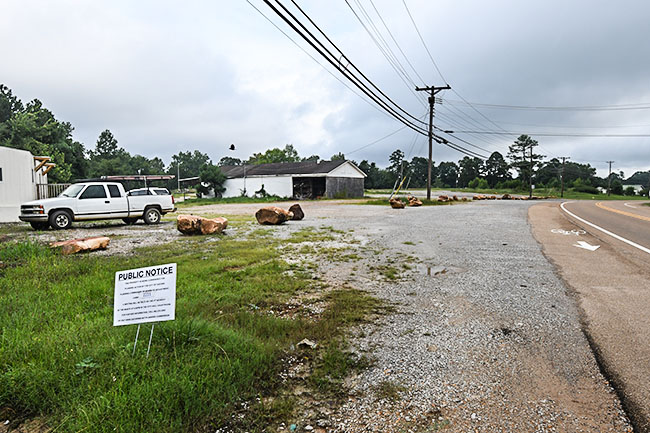 The Oxford Planning Commission approved the first phase of the city’s first approved Traditional Neighborhood Development that will consist of mostly commercial businesses.

The first phase of The Lamar development will consist of five buildings just off North Lamar Boulevard.

Four of the buildings will have a mix of commercial businesses and residential units on the top floors with a total of 82 units that will be mostly one and two bedrooms with 10 three-bedroom units.

The fifth building is proposed to have three floors of only commercial use.

The commission voted 6 to 1 to recommend the approval of the site plan to the Oxford Board of Aldermen.

Before a vote was taken, developers fielded questions from the commission as well as a few citizens who attended the meeting. Most concerns were about the roads for Phase I being private roads since the city’s Public Works Department deemed the roads were not up to city standards.

A traffic study suggested North Lamar be widened to include turning lanes into the proposed development, which was agreed to be done by the developers, Updraft Investments.

Several commissioners took issue with the wording in the TND description that does not require tree mitigation for TND developments.

While tree mitigation is not required for a TND development, a tree survey and inventory of trees to be removed is required.

“The TND section needs to be rethought if tree mitigation is not in there,” said Commissioner John Bradley, who was the dissenting vote to approve the site plan.

City Planner Judy Daniel said the commission could consider changing that when they meet later this month for a work session.

The site plan calls for the removal of 32 trees.

Later in the meeting, the commission approved a request to rezone 30 acres off Old Taylor Road from Country Estate to a TND zoning.

The proposed development will a mix of several types of residential units, including single family homes, apartments and “treehouses,” and a Town Center, that will feature upper floor office and residential units in some buildings. The entire development will be done in two phases with the first phase being the residential area. The development will take up 58 percent of the 30 acres, leaving 29 percent as open, green space with a 50-foot buffer between the neighborhoods and the South Campus Rail Trail, formerly known as Whirlpool Trails.

Before a rezoning could be approved, developers had to prove a need for this type of development change in the neighborhood.

City planners claimed the development met both requirements since many of the single-family homes will be smaller and presumably more affordable, which is a current need in the city. With all the development on Old Taylor Road, developers also said the area needs more commercial businesses so residents aren’t required to drive into town for basic needs.

City Planner Judy Daniel said the change in the neighborhood is obvious with the amount of development on Old Taylor Road in recent years.

Commissioners approved the rezoning 6 to 1 with Commissioner Bradley being the dissenting vote.

Denied a request for a special exception for a height variance for a La Quinta Hotel that is planned to be built on Frontage Road.

Approved a special exception to allow an accessory structure for residential purposes for property on Fazio Drive.

Approved a site plan for Collegiate Properties for eight, two-story duplexes, contingent on developers and city planners coming up with an appropriate place to put a large dumpster after several residents in a nearby neighborhood complained to the commission that the location for the dumpster was too close to their homes and were concerned about smell, bugs, rodents and aesthetics.