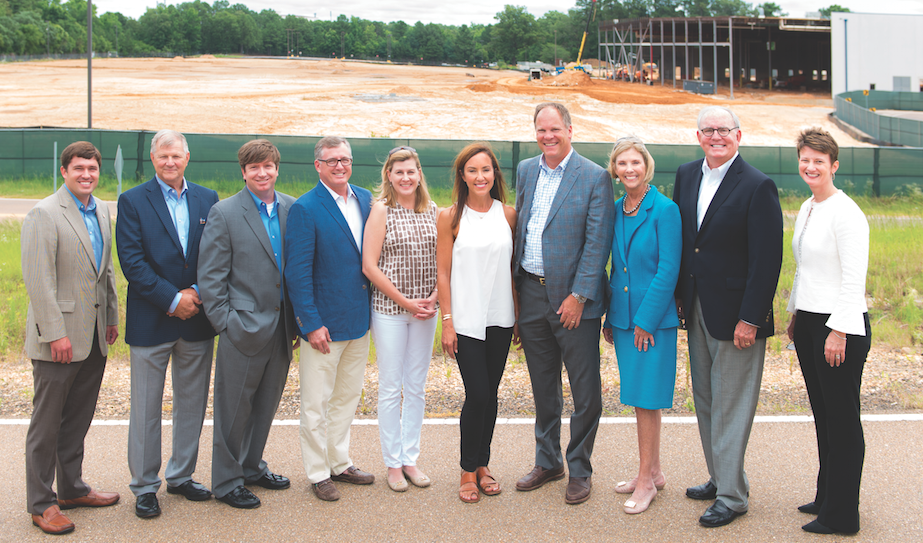 The William Magee Center for Wellness Education will be located at the South Campus Recreation Facility. With Brett Barefoot, from left, University of Mississippi development officer for parents and family leadership, are Billy Young, co-founder and CEO, and Dr. Stephen Pannel, medical director, from the AAC-owned Oxford Treatment Center; Jay and Cris Hughes; Kent and David Magee, Diane and Dick Scruggs, all donors; and Brandi Hephner LaBanc, vice chancellor for Student Affairs. The center will provide Ole Miss students with education and prevention strategies regarding alcohol and drugs. (Photo/Bill Dabney/University of Mississippi)

The late William Magee’s infectious smile could bring light and laughter to a room.

The talented young man was an alumnus of the University of Mississippi’s Sally McDonnell Barksdale Honors College and Croft Institute for International Studies. He also ran track for Ole Miss and was named to the SEC academic honor roll. The beloved son and brother was a good friend to many — the kind of guy who’d be a pleasure to know.

Before his unfortunate 2013 overdose, while trying to beat drug addiction, he had hoped to one day help others win their own battles against substance abuse.

Now he will — his legacy bringing light to Ole Miss students through a heightened focus on drug and alcohol education and prevention. The William Magee Center for Wellness Education is planned to open in 2018 when construction is completed on the university’s new South Campus Recreation Facility.

“At the University of Mississippi, when we identify a problem, we seek to address it assertively and energetically,” Chancellor Jeffrey Vitter said. “Drug and alcohol abuse is a prevalent issue on college campuses across the country. Our intention with the Magee Center is to direct expertise from several disciplines across our campuses to develop creative solutions that will significantly reduce alcohol and drug misuse.”

Donors include William’s parents Kent and David Magee, Diane and Dick Scruggs, and Cris and Jay Hughes, all of Oxford; Becca and Phil Mehlin of Little Rock, Arkansas; American Addiction Centers of Brentwood, Tennessee, owner of the Oxford Treatment Center’s residential center and outpatient clinics; and the Sigma Nu and Kappa Alpha fraternities.

Fundraising for the Magee Center will continue as the university seeks to enhance student success by taking a closer look at substance abuse issues, while implementing best practices to educate and intervene with students affected. In addition, the Magee Center will host a biennial symposium to bring in prominent thought leaders.

JOIN THE MOVEMENT: We are seeking contributions small and large.

David Magee “came home” to Oxford and Mississippi to help make a difference.

“One of our primary reasons for returning to Oxford (from Birmingham) was to be nearer to Ole Miss and find ways to contribute,” Magee said. “I was blessed to grow up in Oxford and know that students should always come first.”

“I met with Chancellor Jeff Vitter and told him that I planned to write about William and to spearhead an initiative to help other students benefit from educational programming; he gave me great encouragement.”

Magee’s “William’s Story,” which was addressed to last fall’s freshmen, has been read by an estimated million-plus people.

“Kent and I expected the story to find an audience since so many families face this challenge, but we did not expect the story to be read from coast to coast. Of all the positive responses, none were as strong as those from the Ole Miss family, which always wants to help our students, tomorrow’s generation, first and foremost.”

“William was an outstanding student-athlete and will always be a part of this university,” he said. “We are deeply grateful to his parents and other passionate donors for driving this initiative to help bring expanded educational and support mechanisms to our campus. Ole Miss wants to be proactive in supporting our students whatever their challenges may be; having added resources makes a tremendous impact on our work.”

Dick Scruggs said he and his wife, Diane, were led to support the center because they have become alarmed at the “rapid spread and apparent acceptance of highly dangerous drugs among some student populations.

“The increasing availability of cheap and lethal drugs is a relatively new phenomenon in the drug scene, and the mortal risks associated with them is not sufficiently appreciated. Our extended family has had one such deadly tragedy, and every family with young adults is at risk.”

“Diane and I want to be part of a robust campus-wide effort to identify and intervene with at-risk students, hopefully to prevent more young deaths.”

“I hope that our society, not just parents, come to understand that substance abuse is a disease and not a character flaw. The stigma that so often comes with seeking help deters and delays treatment far too often.”

As an intern in a mental health and substance abuse center years ago, Jay Hughes witnessed tragic situations and understands that addiction is a disease in which one body has different receptors than others.

“I also recognize the stigma that comes with the denial of so many who simply think it is just a bad choice or a bad person,” said Hughes, who along with his wife, Cris, was among the first to support the project. “We have to educate people and move forward with treating it for what it is.”

Among resources available to students at the Magee Center will be centralized education and advocacy, peer education programs, counseling and outside referrals, research on prevention and intervention, and recovery support.

American Addiction Centers CEO Michael Cartwright said support for the center is a natural fit for the company, given its own goals in prevention and education. AAC’s Oxford Treatment Center facilities include locations in Oxford, Etta, Tupelo and Olive Branch.

“We have excellent treatment programs in Mississippi where we equip people for long-term recovery,” Cartwright said. “Helping to break through the epidemic of drug and alcohol problems among college students, especially in our home communities, is something our company believes in.” 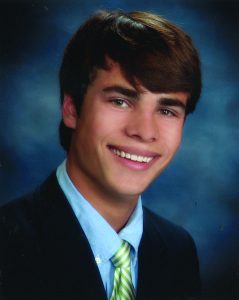 The late William Magee is the inspiration for a new Center for Wellness Education at Ole Miss.

“In the work we do, we see the way drugs and alcohol can hijack the future of young people,” said Young, an Ole Miss alumnus. “The university is taking a bold step to intervene, and we’re committed to supporting this effort in every way we can.”

One of Sigma Nu fraternity’s philanthropy chairs, Nicholas Egorshin of Birmingham said the group wanted to pay tribute to William, David and the family’s other son, Hudson, all Sigma Nu members. The fraternity’s gift also recognizes the challenges among college populations.

“The Magee Center has the potential to change so many lives,” he said. “Sigma Nu’s gift shows that our members recognize how significant an issue addiction is and our commitment to doing what we can to help combat the problem.

“We are providing this support in the name of one of our brothers William — an accomplished and well-rounded student — which serves as a further testament that addiction does not discriminate and is likely affecting many around us.”

KA philanthropy chair Dillon Pitts said, “Our fraternity members believe it is crucial to enhance the university’s ability to address needs of the student body. Combining our efforts is the best way to offer premier programming and witness positive results; we are all on this journey together and should help one another any way we can.”

The Magees view the new center as an expression of love for William and a passion for helping students.

“Our university has grown, doubling in size over the past decade,” David Magee said. “With growth comes the responsibility of serving a diverse student body with diverse needs. This center can be a point of light that can help so many caught between the fringes of struggle and success.”

“Our goal is to see Ole Miss emerge as a national leader that provides world-class wellness education and resources for its students.”

“William’s Story” can be found at HERE.  The William Magee Center for Wellness Education is open to receive gifts from individuals and organizations by mailing a check with the center’s name in the memo line to the University of Mississippi Foundation, 406 University Ave., Oxford, MS 38655. A crowdfunding campaign has been launched at ignite.olemiss.edu/wellnesseducation.

For more information contact Brett Barefoot, development officer for parents and family leadership, at bmbarefo@olemiss.edu or 662-915-2711.