Water Valley ready to play someone else as season begins 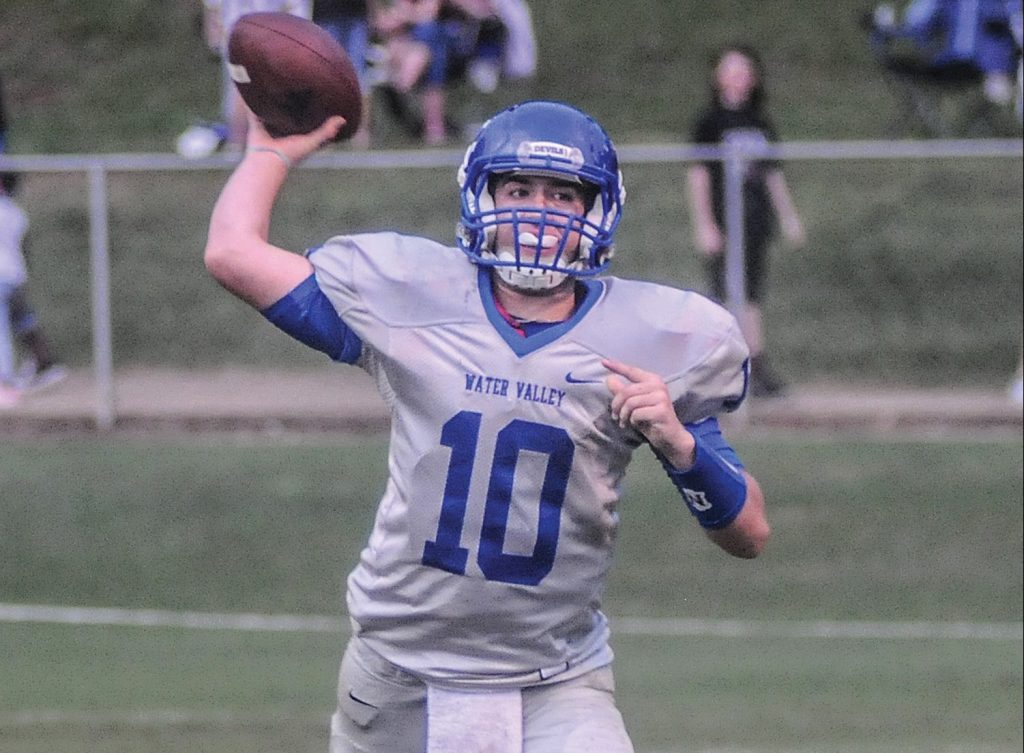 Ty Varner is back for his final season as Water Valley’s primary quarterback.

The first week of the season has arrived and Water Valley is going in blind, sort of. The Blue Devils travel to Eupora to kick their year off and have yet to face any competition besides themselves since last October.

With weather canceling both their spring and fall jamborees, Water Valley has only competed against themselves in 2017.

It is a first for head coach Brad Embry and not the best of situations for a team that is looking to improve on the two wins they picked up last season.

“That’s a little scary,” Embry said of not getting to play against Ripley last Friday night. “But the same thing happened to Eupora. … The plan when you go into that scrimmage is everyone plays and you get to look at everyone. Now, come Friday night, that may not be the case. We may have to go with what we’ve seen.”

It will not be a completely blind look at Eupora. Water Valley played them to open the 2016 season and will go back over that film to help them prepare for players who are still on the team as well as some tape from Eupora’s spring game, though Embry noted some players did not participate.

What Embry has seen from his team the first three weeks of practice is the front lines improving on both sides of the football. Youth is going to be a theme once again as potentially three sophomores could be starting on the offensive line come Friday night. The anchor of the line is junior Marley Cook. Cook will line up as a tackle on the offensive side and then turn around and play defensive tackle.

“Right now, we’re trying to iron it out,” Embry said. “Our interior guys have had a good camp. There’s still some shakeups in the defensive ends and everywhere else as far as that goes. I think it all starts up front at any level.”

There is not a quarterback battle brewing down in the Valley, but there will be a couple guys who will see themselves under center in the early stages of the season. Senior Ty Varner, last season’s starter, and sophomore Blayne Clark have seen time at quarterback during the spring and preseason camps.

Varner threw for 1,148 yards and eight touchdown passes while completing 84 of 187 passes (44.9 percent). His struggle was errant passes, which were snagged 13 times by opposing defenses. Clark saw minimal time last season under center but completed six passes for 65 yards and one touchdown.

“Ty and Blayne both have a role,” Embry said. “They’re both different. One’s a little more mobile, one’s better at throwing the ball right now. That’s OK. They’ve both worked hard. They’ve done what I asked. They both have a role. As we go through the season, that may adjust. I don’t know.”