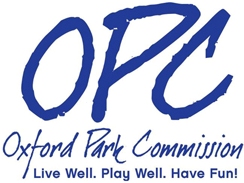 A new opportunity that should benefit the entire Lafayette-Oxford-University community is being presented by the Oxford Park Commission.

The League of Champions will debut this fall under the guidance of recreation director Felisa Bonner.

Softball is the first sport that will be offered in the new all-year sports program that is geared for individuals with physical and intellectual challenges.

Since June of 2013, Bonner has been the Special Olympics Director in Area 4. She also gained extensive knowledge in the area serving as the assistant director of the North Mississippi Recreation Center.

Bonner’s direct knowledge of what sports did for those clients should serve many others who may not have had a chance to compete for much of anything in the past.

“We haven’t had anything else for special needs groups and this is probably the only outlet individuals with developmental disabilities actually have to get involved in sports and things like that to feel important, too,” Bonner said. “This gets them involved and they have an opportunity to go to state championships and national games. This an outlet for them and I think they really, really enjoy being a part of the community.”

One of the reasons Bonner left NMRC was to help advance Special Olympics through the OPC.

“The parks commission has been growing so much, I felt the growth, and I felt like I would get more experience this way,” Bonner said.

Teams in the League of Champions are set up based on ability rather than age. A team can include as many as 15 to 20 individuals. Every player will get a chance to bat. The side will be retired when three outs have been recorded, the roster has batted through, or when a pre-determined number of runs has been scored. Players will all wear the same uniforms, patches and safety equipment.

Another one of the benefits of the league is that it encourages the use of “buddies.” They will assist participants in the field but also encourage them to make plays for themselves as much as possible. The buddy will always be near if needed. For more information on the league, or to register, visit www.oxfordparkcommission.com.