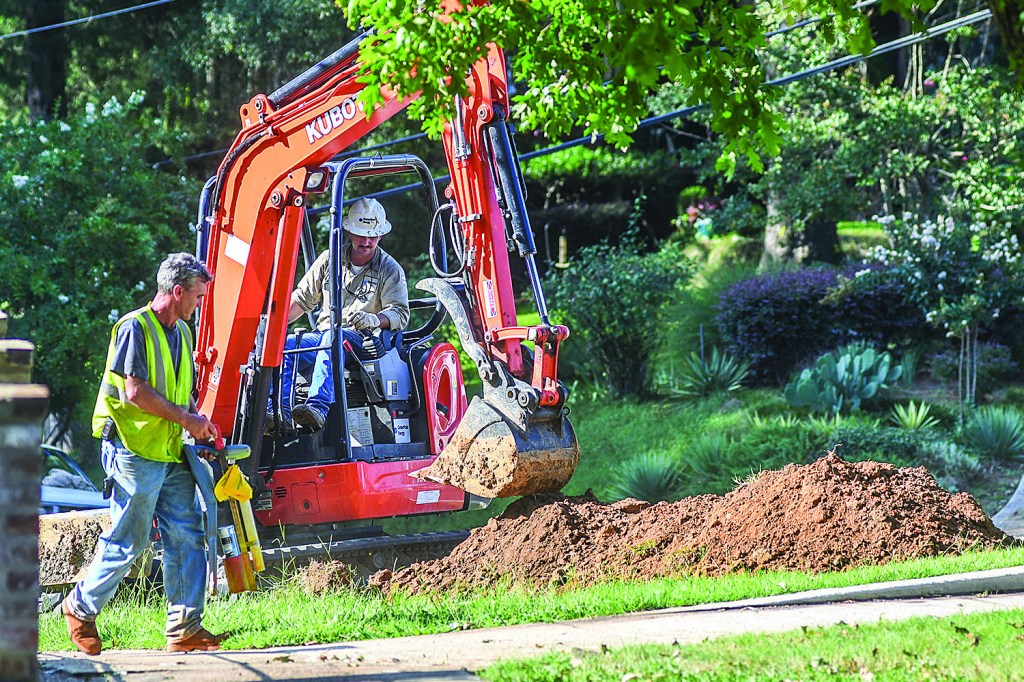 CenterPoint Energy works to repair a gas leak at the intersection of North Lamar and Price Street in Oxford, Miss. on Tuesday, August 22, 2017. The leak was cause by a company installing underground electric lines. (Photo Bruce Newman)

Several city departments responded to a gas leak on Tuesday after an electrical contractor hit a gas line.

According to the Oxford Public Works Department, at about 4:25 p.m., Southern Electric bored into a 2-inch gas line at the intersection of North Lamar Boulevard and Price Street.

“Any kind of gas leak gives us a bit of a scare,” said Public Works Director Bart Robinson.

OFD and OED examined the lines to make sure there were no issues that could affect nearby electrical lines. The fire department got the line cut off until Centerpoint arrived on scene.

“They considered cutting off power but it would have affected about 900 customers,” Robinson said. “After determining it was safe, they decided not to cut the power.”

The intersection was closed for about two hours.

Robinson said even though houses were close to the leak, no evacuations were necessary.

Southern Electric is contracted with OED for utility relocation.