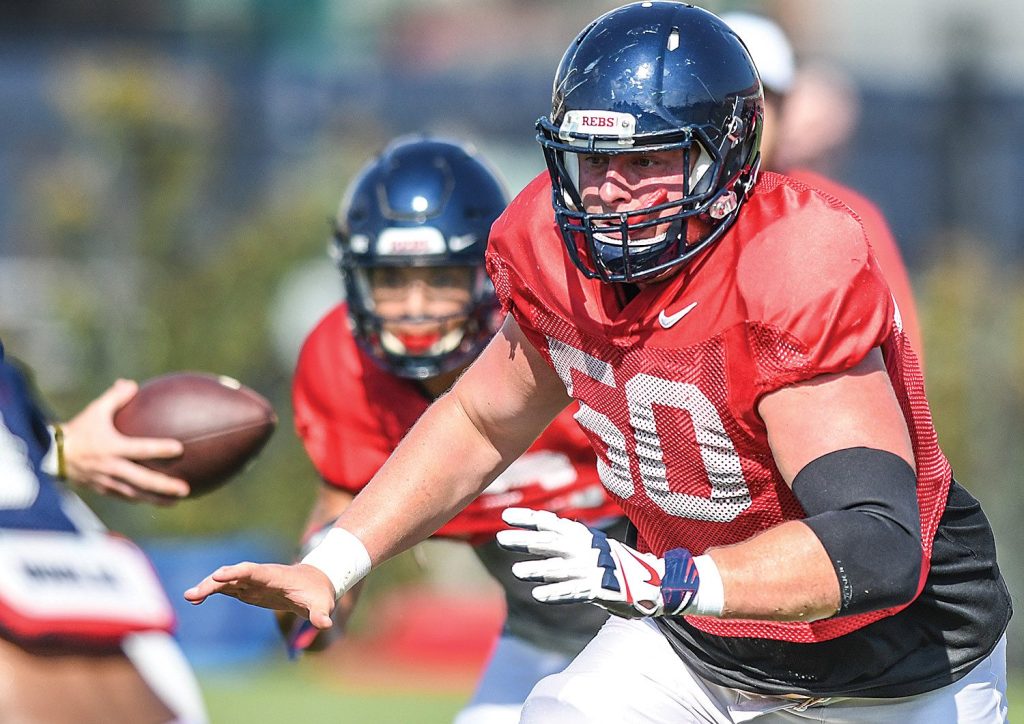 Former Ole Miss coach Hugh Freeze raved about the numbers along the offensive line this offseason, saying it’s one of the reasons he felt the Rebels could have one of the nation’s best groups up front.

The latter remains to be seen, but the former has come to fruition during the preseason.

Interim coach Matt Luke said he’d be comfortable playing as many as nine linemen during the season opener against South Alabama on Saturday and didn’t rule out double digits. That kind of depth up front has been a long time coming for Ole Miss.

“I remember two springs ago my freshman year — we had some guys hurt — but there were probably five guys tops that could play in a game,” center Sean Rawlings said.

All five starters up front are back from last season while recruiting has helped the Rebels add quality reinforcements and ignite competition. Rawlings, left guard Javon Patterson, left tackle Greg Little, right guard Jordan Sims and right tackle Alex Givens have combined for more than 40 starts, but Sims is trying to hold off senior Daronte Bouldin for his starting spot, though both will play.

Rod Taylor, another senior with 11 career starts, will start the season as Givens’ backup but repped at both tackle spots during camp while redshirt freshman Jack DeFoor could spell Patterson at times. First-year offensive line coach Jack Bicknell Jr. said the race to be the ninth lineman in the rotation is too close to call between redshirt freshman tackle Royce Newman and true freshman Ben Brown, whom Bicknell said is “showing some promise.”

“I don’t think I’ve been too many places where you have certainly not over eight, and a lot of times you’re praying to the good Lord that one doesn’t get hurt because then you feel like you’ve got five,” Bicknell said. “I think it is a real luxury.”

The biggest benefit to returning the line intact, Rawlings said, is communication that’s more in sync. That’s made it easier for the group to change calls and protections on the fly based on what look it’s getting from the defense.

“We have experience across the whole front being able to see things that we’re seeing at center,” Rawlings said. “Just makes it a whole lot easier for us to make adjustments.”

The group also sports versatility that could pay off when injuries pop up. Taylor has worked strictly at tackle during camp but could slide inside if needed to guard, where he played his first two seasons. Patterson is an option at center after starting three games there last season, Givens has worked some at guard during camp, and Rawlings made his first 14 career starts at tackle before moving to his more natural position at the end of last season.

“It’s really nice to have that depth, and that gives us more confidence with the ability to rotate,” said Rawlings, who’s worked exclusively at center during camp.

Luke said paring the rotation down to seven or eight would be ideal as the season wears on. The Rebels have plenty of options.

“In the end, we’re going to need them all,” Luke said.