Matt Luke on first game as Ole Miss’ head coach: ‘This something I’ve been thinking about for a long time’ 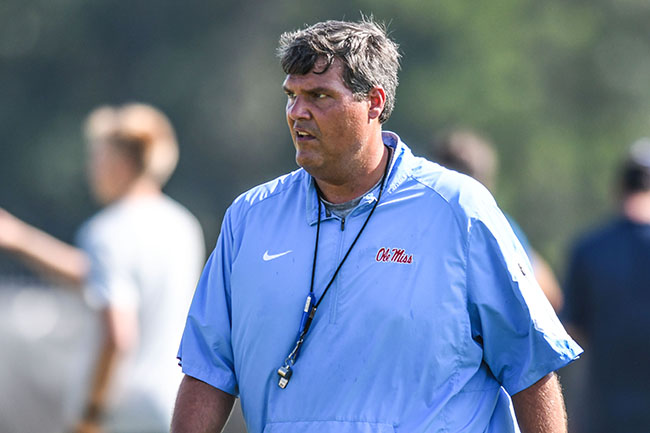 It’s getting real for Matt Luke.

Ole Miss’ season opener against South Alabama is just days away, and the reality of experiencing his first game as a head coach at his alma mater is setting in for the Rebels’ interim coach. There’s no getting around the emotion.

This will be the 14th season as a player or coach at Ole Miss for Luke, who played center for the Rebels for 1995-98, after being promoted from his previous post as offensive line coach to take over for Hugh Freeze, whose five-year tenure ended with an abrupt resignation in July amid a female escort scandal. Luke’s family ties to Ole Miss — his brother, Tom, and his father, Tommy, also played for the Rebels — are well-documented.

But Luke knows he has a job to do, and doing it will require him to keep his personal feelings separate once Saturday’s game begins.

There’s the responsibility of managing more than 100 players, and then there’s the actual coaching — everything from managing the clock to deciding when to go or kick on fourth down based on the situation. They’re decisions Luke has never had to make and ones he knows he’ll need to make emotion-free in order to be a “very efficient and good head coach,” he said.

Luke’s fellow coaches have watched him operate for nearly a month in training camp and scrimmages and are confident in what they’ve seen.

“It’s like he’s done it his whole life to be totally honest with you,” linebackers coach Bradley Dave Peveto said. “I’ve been very impressed with him. He’s a great leader. He’s a passionate guy. He’s a smart guy.

Luke doesn’t expect the games to be much different. That’s if he can keep his emotions in check.

“That’s going to be one of my biggest challenges, but I’m excited and prepared for it,” Luke said.