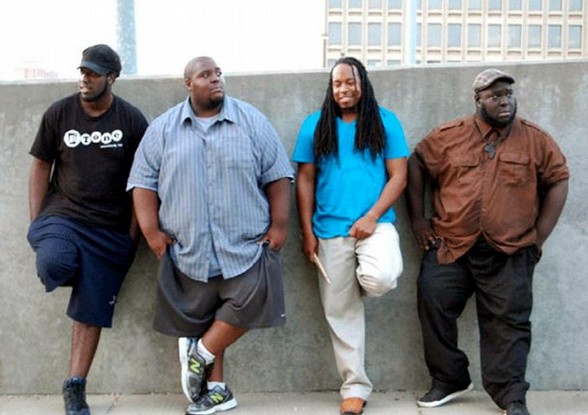 Chinese Connection Dub Embassy is a Memphis band that puts a new spin on classic reggae while offering their own stylish originals and unique covers. The band has released two CDs, "The Firm Foundation" and a 5-song EP of covers, "Farmers Market."

The Thacker Mountain Radio Hour opens its fall season this Thursday, Aug. 31 at 6 p.m. at Off Square Books at 129 Courthouse Square. Guests for the season premiere will include author Catherine Lacey, Oxford synth-rock duo And the Echo and Memphis reggae band, the Chinese Connection Dub Embassy. The show is hosted by Jim Dees and Thacker house band, the Yalobushwhackers. Admission is free.

The show will be broadcast on WUMS, 92.1 FM in Oxford and rebroadcast next Saturday, Sept. 9 at 7 p.m. on Mississippi Public Broadcasting (90.3 FM in Oxford).

The season premiere will serve as the show’s homecoming after a summer of well-received road shows including in Clinton, Tupelo, Jackson, the Neshoba County Fair and Ocean Springs.

“We’ve had a great summer,” said Thacker producer Kate Teague, “but it’s always good to get back home to Off Square Books. “We look forward to seeing our home audience and getting this fall season underway. We have some exciting surprises in store.”

One date to be circled is Thursday, October 19 when the show celebrates 20 years on the air with a special 90-minute broadcast at the Lyric. Other highlights include blues harpist, Grady Champion (Sept. 14), author Eileen Myles (Sept. 21), and Malian blues group Songhoy Blues (Oct. 12). The show’s annual holiday/membership party is set for Friday, Dec, 1 at Southside Gallery.

Based in Chicago, Tupelo native Catherine Lacey is the 2017-2018 Grisham Writer in Residence at the University of Mississippi. Lacey has just released her “urgent and propulsive” second novel, The Answers (Farrar, Straus and Giroux). The book follows Mary Parsons who is out of options, estranged from her evangelist family, plagued by debt collectors and beset by chronic pain, so she signs up for a mysterious job advertised as ‘The Girlfriend Experiment.’

The New York Times says Lacey is “the real thing, and in “The Answers” she takes full command of her powers.” Lacey’s previous book was her debut novel, Nobody Is Ever Missing which won the prestigious Whiting Award in 2016.

And the Echo is a synth-pop/electronica duo from Oxford, a collaboration between Winn McElroy and Morgan Pennington. They released their self-titled debut album in April of 2015. Their second album, And The Echo II was released earlier this year and the duo will be touring this fall.

Chinese Connection Dub Embassy is a Memphis band that puts a new spin on classic reggae while offering their own stylish originals and unique covers. The band has released two CDs, The Firm Foundation and a 5-song EP of covers, Farmers Market.

More information on The Thacker Mountain Radio Hour is available at the show’s website: http://thackermountain.com/.