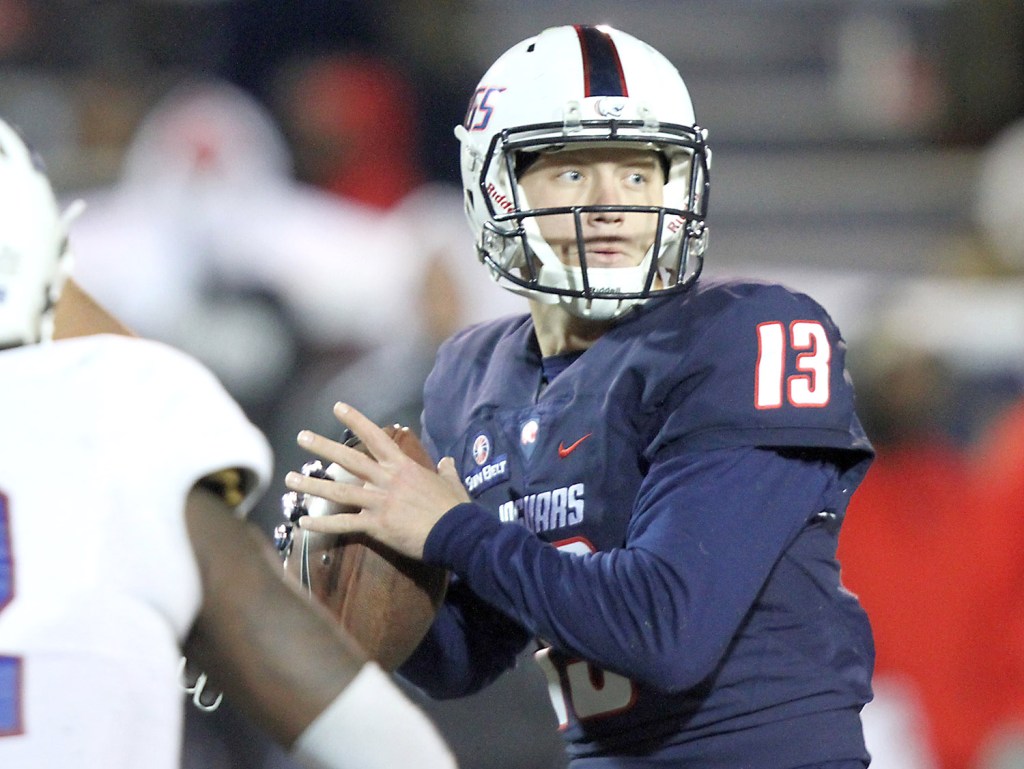 South Alabama made noise in the college football world last season, and none of it was louder than in Mississippi.

Nearly a year later, the sound is still reverberating in Oxford.

After pulling off a stunning upset of Mississippi State in Starkville to begin last season, South Alabama has Ole Miss’ full attention. The teams will open this season Saturday at Vaught-Hemingway Stadium (6:30 p.m. CT, ESPNU).

“Never underestimate no school you play no matter if they’re in our conference or not,” Ole Miss nose tackle Benito Jones said. “If we’re beating them, just don’t take them lightly. Finish them off.”

South Alabama won just five more games after last season’s upset but has had a knack for competing with some of the better teams on its schedule. The Jaguars, who didn’t start playing football until 2009, gave Tennessee a scare in 2013 in a 31-24 loss and has beaten San Diego State each of the past two seasons.

In a bit of a surprise, Cole Garvin beat out Dallas Davis, the Jaguars’ primary starter last season, to be South Alabama’s quarterback. A transfer from Marshall, Garvin has only started three games in his career, but the Jaguars have a lot of experience elsewhere.

Running back Xavier Johnson is back after averaging 5.5 yards a carry and rushing for 10 touchdowns last season. Leading tackler Darrell Songy and All-Sun Belt safety Jeremy Reaves return for the Jaguars’ defense.

“If you sleep on them, they can beat you,” offensive lineman Daronte Bouldin said.

South Alabama held Mississippi State — a team that hung 55 points on Ole Miss last season — to just 382 total yards and three second-half points a season ago as the Jaguars rallied from a 17-0 halftime deficit for a 21-20 win. With experience at running back in senior Jordan Wilkins, another slew of talented receivers and a quarterback in Shea Patterson who’s expected to take the next step as a sophomore, Ole Miss figures to give the Jaguars’ defense a stiff test.

But the Rebels don’t expect anything to come easy against the multiple looks of Kane Wommack’s defense. Wommack, a former graduate assistant at Ole Miss who’s beginning his second season as the Jaguars’ defensive coordinator, is the son of former Ole Miss defensive coordinator Dave Wommack.

“They do a lot of movement and they aren’t going to stay still,” interim coach Matt Luke said. “They’re going to move around and do a lot of blitzing, so we definitely have a challenge there.”

The Rebels know better than to look past any facet of a team that’s proven itself capable against the big boys.