Ole Miss’ motivation has to come from within amid trying season 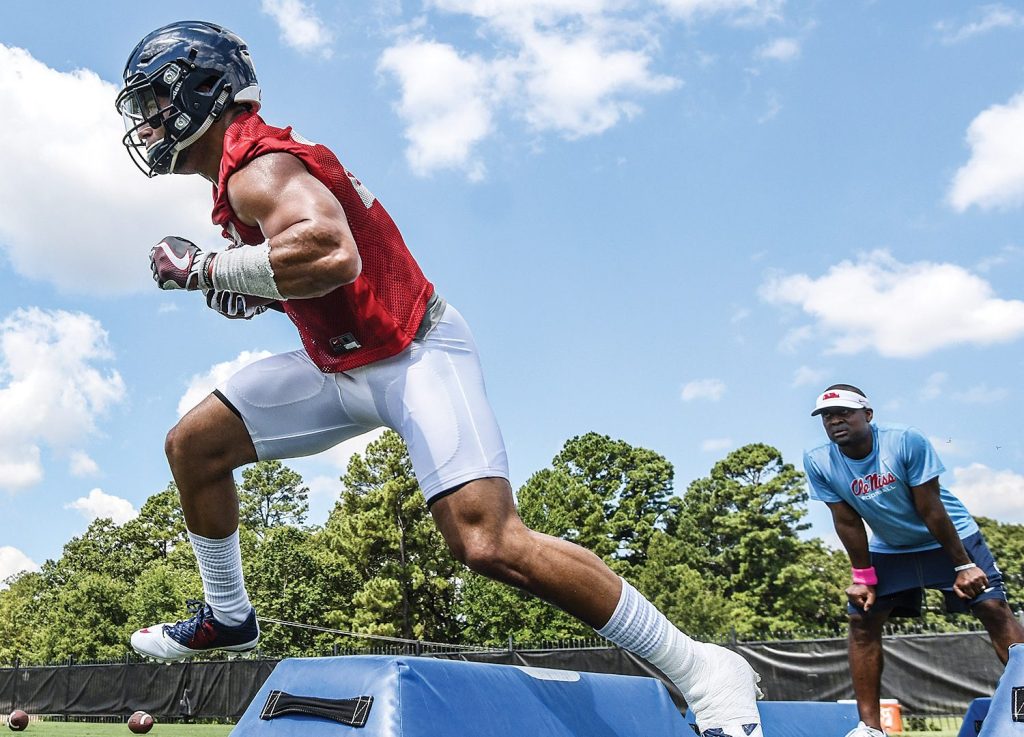 This article was originally published in Football 2017.

It’s been a summer for Ole Miss’ football program.

And here’s to betting it’s not over.

Progress toward finality in the NCAA’s investigation into 21 alleged rules violations was made. Ole Miss responded to the amended Notice of Allegations in May with the NCAA issuing its case summary in July, but the final verdict has yet to be handed down.

That will come when Ole Miss has its hearing with the Committee on Infractions on Sept. 11, where the committee will either accept the scholarship reductions and postseason ban the school has already self-imposed or add to the sanctions, which, with Ole Miss staring at 15 Level I charges, will be the more likely outcome. There are also two very public lawsuits related to the case that were filed earlier this summer — Rebel Rags’ defamation suit against Leo Lewis, Kobe Jones and Lindsey Miller and the same suit filed by former Ole Miss coach Houston Nutt against the school, its athletic foundation and the IHL board that was dismissed in federal court but could still wind up back in state court.

Of course, it was Nutt’s lawsuit, in part claiming that Hugh Freeze, athletic director Ross Bjork and associate athletic director for communications Kyle Campbell conspired to give misleading information to reporters about how many of the allegations were tied to Nutt’s tenure, that ousted Freeze in July. An open records request of Freeze’s university-issued phone logs by Nutt’s attorney, Thomas Mars, sparked the discovery of calls Freeze made to numbers linked to escort services, immediately forcing Freeze’s resignation just weeks before the starting of training camp.

Oh, and then there were the arrests of Ken Webster and Detric Bing-Dukes, two projected defensive starters who were booked on shoplifiting charges a day before the team reported for camp, which will cost both players a suspension for the first game.

It’s been an avalanche of negative press for the last three months, leaving a group of players that didn’t have anything to do with it left buried underneath.

Players have said all the right things about not letting all the noise become a distraction this season, and with it seemingly growing louder by the day, who can blame them for wanting to tune it out? Offensive lineman Javon Patterson had the best quote I’ve heard from a player in response to the noise surrounding the program at SEC Media Days last month.

That’s a good mindset to have all things considered. It may be the only useful mindset for the players to have. How else are they supposed to get motivated for what many would consider a lost season?

Not only is the coach who recruited all of them no longer around, but with six new on-field assistants, neither are many of the position coaches they originally signed up to play for. There won’t be a bowl game, and even if the Rebels did the unthinkable and went undefeated in SEC play, that elusive trip to Atlanta wouldn’t happen since the postseason ban includes the SEC championship game.

Even if everything was equal, Ole Miss wouldn’t go unbeaten in the nation’s premier conference this season. There are still too many questions marks, particularly on defense. More adversity will hit throughout a schedule that includes an early three-game road trip to Cal, Alabama and Auburn, home games against Vanderbilt, Arkansas, LSU and Texas A&M, and a trip to Starkville to take on a Mississippi State team that put a five-touchdown beatdown on the Rebels last year.

I asked interim coach Matt Luke about keeping his team motivated this season, and he gave a passionate answer about playing for the guy next to you. It sounds good — and when you spend as much time together as these players do that inevitably forms an almost brother-like bond among teammates, I think there’s some validity to it — but is that enough, particularly if the going gets tougher than it already is?

It’s up to this coaching staff and these players to create their own motivation as they go through a season that’s anything but normal — and one in which each other is about all they’ve got.