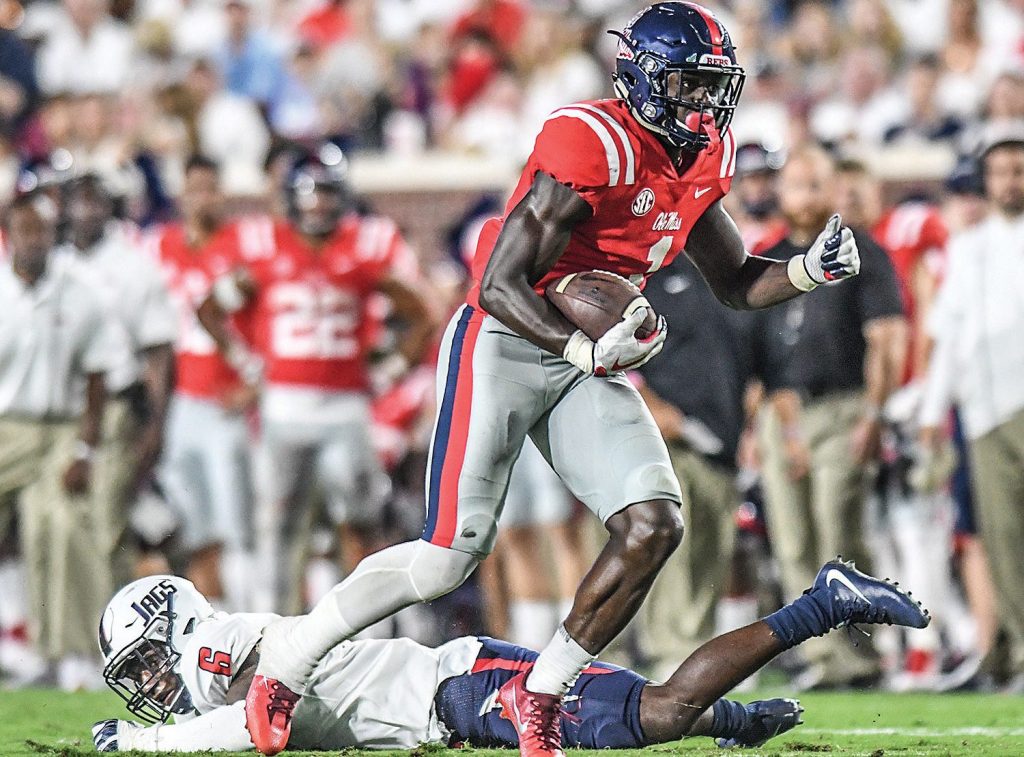 Brown set a single-game school record with 233 receiving yards in the Rebels’ 47-27 season-opening win at Vaught-Hemingway Stadium. The 6-foot-1, 225-pounder needed just eight catches to do it, using a blend of physicality and speed to give the Jaguars’ secondary headaches. Three of his receptions went for at least 44 yards, including touchdowns of 71 and 77 yards.

Lining up on the outside and in the slot, the sophomore broke the previous record of 210 yards set by Eddie Small against Vanderbilt in 1993.

His scores helped Ole Miss keep its distance before the Rebels eventually took control for good. His 71-yarder came two plays into the second half on a slant to make it a 19-10 Ole Miss lead. Brown came back on the Rebels’ next possession and plucked the ball away from a defender near midfield before outrunning the Jaguars’ defense the rest of the way to extend the lead to 26-10.

Brown is already more than halfway to the 412 receiving yards he had last season as a true freshman.