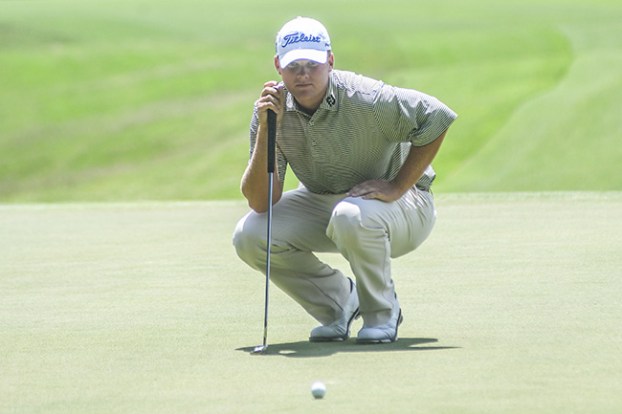 LOS ANGELES, Calif. — Ole Miss men’s golfer Braden Thornberry is ready to join the nation’s top amateur golfers as he competes on for Team USA in the 46th Walker Cup Match on Sept. 9-10 at The Los Angeles Country Club.

Thornberry will be the first representative in the history of Ole Miss Golf to compete in the Walker Cup. After capturing the 2017 NCAA Division I individual national championship in June, the Olive Branch, Mississippi native finished in a tie for fourth at the FedEx St. Jude Classic, becoming the highest amateur finisher at the FedEx St. Jude since 1965 and the best amateur finish on the PGA Tour this season. Thornberry then went on to be named to the 2017 All-Nicklaus Team by the Golf Coaches Association of America (GCAA), as well as the Fred Haskins Award winner, awarded to the nation’s top collegiate golfer.

The NCAA national champion will tee off in the foursome round Saturday in a group that will be released Sept. 8 following the Flag-Raising Ceremony. Team USA is made up of 10 golfers who were chosen by the USA’s International Team Selection Committee to compete against members representing Great Britain and Ireland. Thornberry’s teammates for the weekend will include: Cameron Champ of Texas A&M, Doug Ghim of Texas, Stewart Hagestad of USC, Maverick McNealy of Standford, Collin Morikawa of California, Doc Redman of Clemson, Scottie Scheffler of Texas, Norman Xiong of Oregon and Will Zalatoris of Wake Forest.

The 46th Match is played over two days with 18 singles matches and eight foursomes (alternate-shot) matches. One point is awarded for each victory, while a half-point is given to each team for a halved match. Great Britain and Ireland need 13 points to retain the Cup, while the USA needs 13 1/2 points to reclaim it. Team USA leads the overall series 35-9-1, but the teams have split the last 14 meetings since 1989.

The Los Angeles Country Club North Course was founded by George C. Thomas Jr., in 1927, but since has been restored by Gil Ganse in 2010. The North Course currently holds as a 7,397-yard Par 70 playing field and based on the course setup for the championship, the USGA Course Rating is 76.9 and its slope rating is 148.

“Anytime you get the chance to put USA gear on and represent your country is a special thing. This is my first opportunity to do so, and I am really excited about that. I am looking forward to a fun and successful weekend in Los Angeles.”

Friday, Sept. 8 (Note: All times are subject to change)

Ole Miss rotated players throughout its 47-27 season-opening win over South Alabama on Saturday. It made one thing clear to... read more