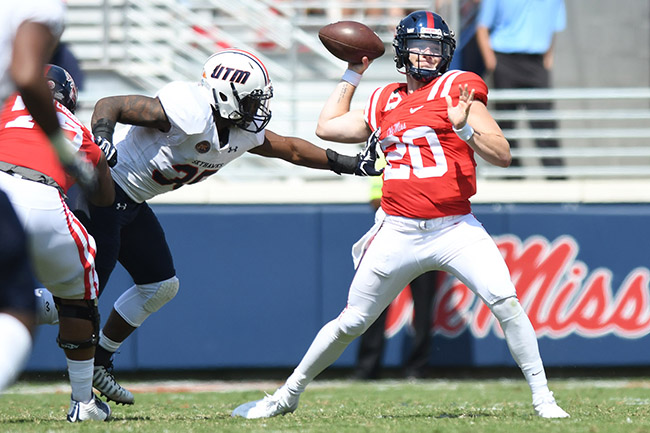 Ole Miss quarterback Shea Patterson on Monday was named Southeastern Conference Offensive Player of the Week by the league office.

The sophomore completed 32 of 43 passes for a school-record 489 yards and five touchdowns — a career-high — in the Rebels’ 45-23 win over UT-Martin Saturday in his fifth career start. Patterson surpassed the career-high 429 yards he threw for a week earlier against South Alabama.

Patterson has completed nearly 77 percent of his passes (60 of 78) for 918 yards and nine touchdowns with one interception this season.

Patterson and the rest of the Rebels’ offense will take their show on the road for the first time Saturday with a trip to Cal, which ranks 120th out of 129 FBS teams in pass defense (330 yards allowed per game).