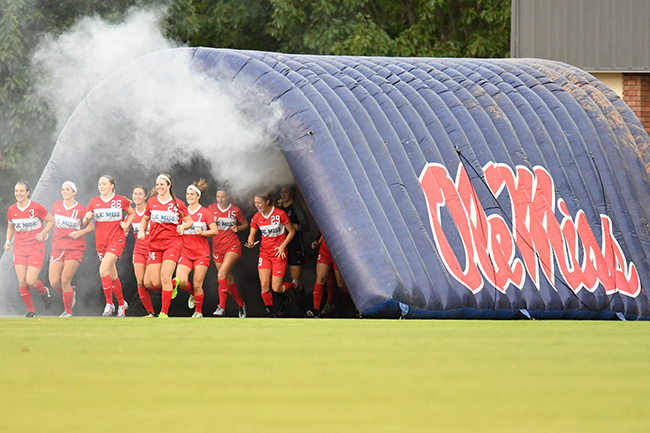 OXFORD, Miss. – For the second time this season a Hurricane has altered the Rebel soccer schedule, as Sunday’s contest at Stetson in DeLand, Florida, has been cancelled and will not be made up.

Due to the effects of Hurricane Irma, the two schools mutually agreed to cancel the Sunday night matchup that was slated for 7 p.m. ET. Ole Miss’ trip to Gainesville, Florida, for Thursday night’s SEC opener is not affected, and will be played as planned.

That contest will begin at 7 p.m. ET/6 p.m. CT from James G. Pressly Stadium, and will air live on SEC Network to kick off the 2017 SEC soccer slate. Jenn Hildreth will do play-by-play with analyst Heather Mitts.