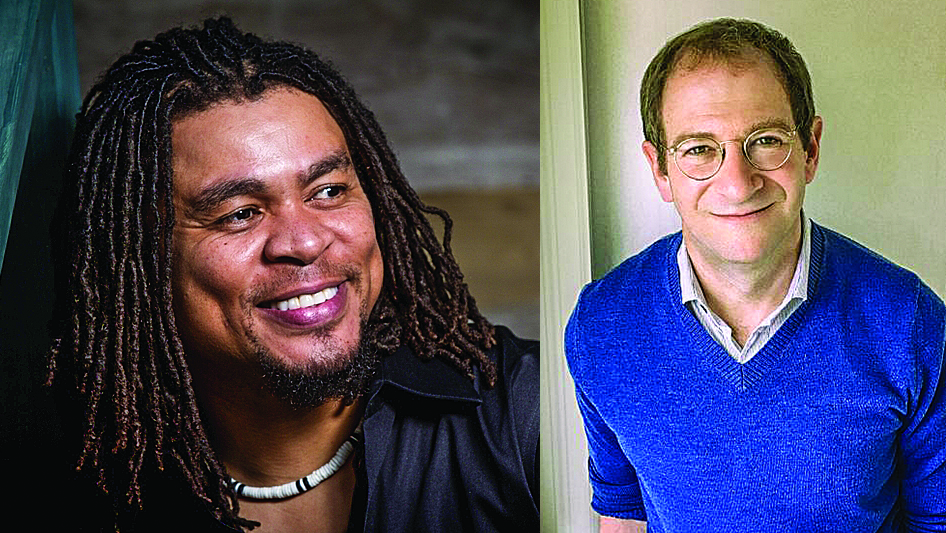 Grady Champion and Will Schwalbe

The Thacker Mountain Radio Hour welcomes blues harmonica virtuoso, Grady Champion, to Off Square Books this Thursday, Sept. 14 at 6 p.m. Other guests include best-selling author, Will Schwalbe, plus Oxford indie-rock band, Bonus. Admission is free. The show is hosted by Jim Dees and Thacker house band, the Yalobushwhackers.

The program can be heard locally on WUMS, 92. 1 FM. It will be rebroadcast on Mississippi Public Broadcasting (90.3 FM in Oxford) on Saturday, Sept. 23 at 7 p.m.

Harmonica player, guitarist and vocalist Grady Champion, dubbed “Mississippi’s Champion of the Blues” has captivated audiences for more than two decades. In 2004, Champion shared a Grammy Award with Etta James for a song he co-wrote entitled, “Trust Yourself.” This year Champion was honored with the 2017 Bobby Rush Lifetime Entertainers Award at the Jus’ Blues Awards. Over his career, Champion has released a string of best-selling albums on the legendary Malaco label including his latest, “One of a Kind.”

Will Schwalbe is the author of Books for Living (Vintage). The book is an inspiring and magical exploration of the power of books to shape our lives in an era of constant connectivity. Schwalbe explains that reading is a way to entertain but also to make sense of the world. In each chapter, he discusses a particular book and how it relates to real life. These books span centuries and genres—from “Stuart Little” to “The Girl on the Train,” from “David Copperfield” to “Wonder,” from “Giovanni’s Room” to “Rebecca.”

One reviewer described the music of Oxford band, Bonus, as “a bedroom recording project of Kieran Danielson turned full band, Bonus is clean-toned, direct and nostalgic pop.” Danielson is the songwriter and front man for Bonus when it morphs into a four-piece rock band. Following their Thacker appearance, Bonus will perform a full set Thursday night at Proud Larry’s at 9 p.m. as one of the opening acts for Dent May.

More information about The Thacker Mountain Radio Hour, including show schedules and upcoming guests, is available at the show’s website, http://thackermountain.com/.