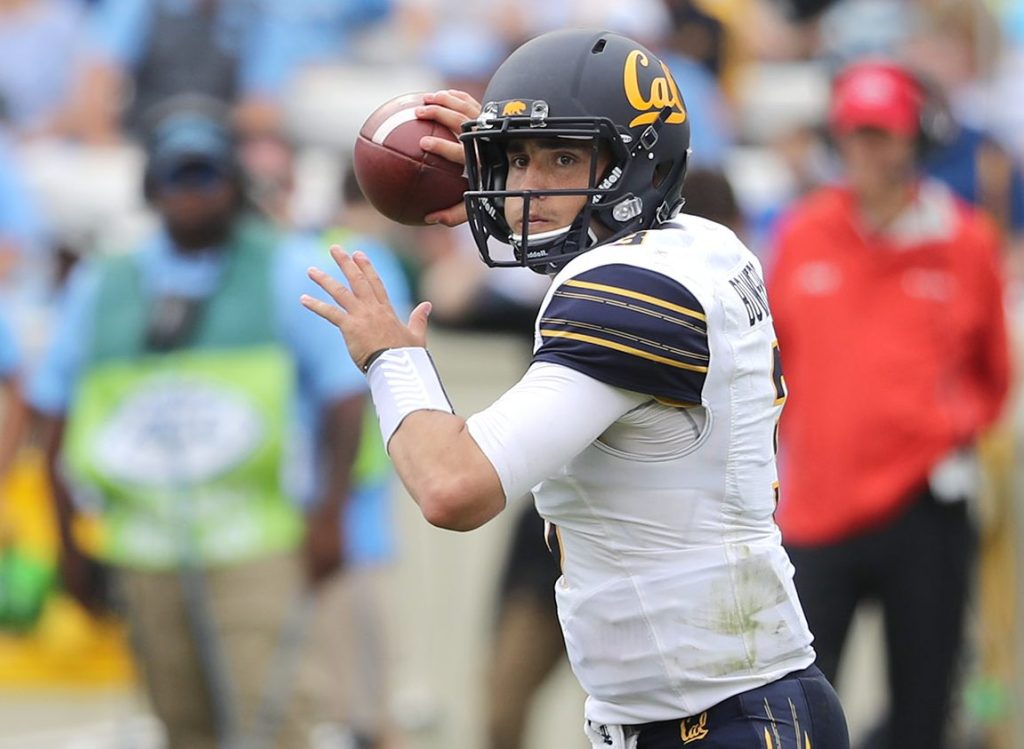 Rather than its usual Friday departure for road trips, Ole Miss flew to Berkeley, California on Thursday to give players an extra day to get acclimated to everything that comes with playing what will be its latest game of the season. The Rebels’ first-ever meeting with Cal will kick off from California Memorial Stadium at 9:30 p.m. CT on ESPN.

That includes trying to make game day as normal as possible thousands of miles away from Oxford.

“You just try to get into the same routine and make it just like you’re playing a 6:30 kickoff at home,” Luke said. “That’s the goal.”

Once the game actually starts, Ole Miss (2-0) will experience a step up in competition after knocking off South Alabama and UT Martin to start the season. The Bears (2-0) already have a cross-country win over a Power Five opponent — a 35-30 win at North Carolina in their opener.

“Just from a talent standpoint, that will be our biggest challenge,” Luke said. “And on top of that, our first road game. Those coupled together and the time change. … Everything coupled together makes it a little tougher.”

Cal is running new systems under first-year coach Justin Wilcox, though the Bears’ production through the air isn’t unlike many Pac-12 teams. Quarterback Ross Bowers (563 yards, 4 TDs, 2 INT) leads a passing offense for the Bears that ranks 34th nationally while Vic Wharton III (10 receptions, 202 yards) has been Bowers’ favorite target, though there are other weapons Ole Miss will have to account for out wide, including former five-star recruit Demetris Robertson.

The Bears may rely on their passing attack more than usual after losing running back Tre Watson to a season-ending injury last week.

“On the edge, they have two explosive receivers out wide,” defensive coordinator Wesley McGriff said. “So we certainly have to pay attention to them.”

Cal still has leading rusher Patrick Laird, whose explosiveness is netting him 13.3 yards per carry. Whether it’s Laird on the ground or the Bears’ speedy receivers in space, it will be the stiffest test so far for an Ole Miss defense that’s 99th nationally against the run, a byproduct of poor tackling the Rebels have worked on extensively in practice to shore up.

It won’t be easy for Cal’s defense either against Ole Miss, which leads the nation in passing. Shea Patterson, who earned SEC Offensive Player of the Week honors after his record-setting 489 passing yards against UT Martin, and sophomore receiver A.J. Brown (16 catches, 389 yards, 4 TDs) have been the big-play connection early in the season, and the Rebels should have plenty of chances to produce more of them against a Cal defense that’s giving up 326 passing yards a game — ninth-most nationally — in a game that could turn into a track meet.

“They’ve got a lot of athletes on offense,” Patterson said. “A lot of good receivers and a lot of good weapons. We’re going to have to put up points.”

Luke is ready to see how his team reacts to all the elements.

“This is a big game for us, going on the road for the first time with a young team,” Luke said. “We were just talking about the sense of urgency, playing fast and just enjoying this time together.”

Tight end Dawson Knox is set to make his season debut Saturday after missing the first two games with a foot injury, though Luke said he’s unsure how many snaps the sophomore will get. Guard Jordan Sims, who was held out of last week’s game with a lingering ankle sprain, will also rotate in along the offensive line.

Sims will also serve as the backup center with Eli Johnson out for the season with a torn ACL. Sims took some reps at the position during practice this week.