Newk’s customers can help join the fight against ovarian cancer 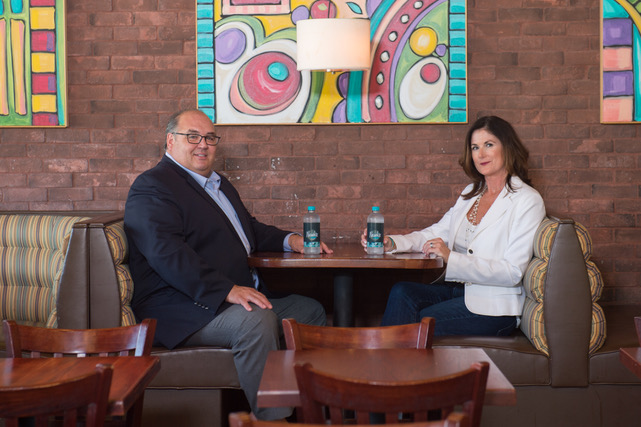 Today she continues battling the disease while working to educate other women about the disease and raising funds for ovarian cancer research.

During the month of September, customers of Newk’s Eatery can join Newcomb in her quest to find a cure.

With September being Ovarian Cancer Awareness Month, Newk’s customers, both dining in or ordering online, are invited to add a dollar amount to their purchases to fund research instrumental in diagnosis and treatment of what has been dubbed this generation’s “silent killer.”

“You can donate any amount you want, or just round up your bill to the next dollar amount and donate that change,” Newcomb said. “Any amount is welcomed and appreciated.”

Each year, 200,000 women in the U.S. are diagnosed with ovarian cancer — with only 46 percent of women surviving longer than five years. When caught and treated early, 92 percent of women with ovarian cancer can live at least five years. Unfortunately, because there is no method of early detection and symptoms are vague, most women are diagnosed when their cancer has already spread.

Newcomb was told she had ovarian cancer after she went to her doctor for stomach pain.

“I had no idea what the symptoms of ovarian cancer were,” she said. “One of our main goals is to educate people on what ovarian cancer is and the symptoms. And not just women. We want to educate men as well. Women usually talk to their spouse or family members before seeing a doctor. If everyone is educated, they may say, ‘Oh I read something about that. You should get it checked out.’”

In the three years of its inception, Newk’s Cares has raised $500,000 for ovarian cancer research.

In honor of Ovarian Cancer Awareness Month, Newk’s restaurants are going teal — the color adopted by the global ovarian cancer awareness movement — and switching out Newk’s signature black cups for teal ones. Newk’s has made its stand against ovarian cancer an enduring one by placing educational materials about Newcomb’s story and warning signs of the disease in every restaurant and on the Newk’s Cares website. The brand has also permanently replaced its traditional red straws with teal straws.

Throughout the year, Newk’s donates 10 cents from every bottle of water sold at the restaurants to OCRFA.

“It’s a way we can donate year round and also bring awareness,” Newcomb said.

On Sept. 21, Newcomb will lead Newk’s Care’s 4th Annual Ovarian Cycle Jackson fundraiser which has become one of the largest single-day fundraisers for OCRFA.

While Lori and Chris live in Jackson, they still have many ties to Oxford, and Dr. Don Newcomb still resides in Oxford.

“My husband and I both went to Ole Miss and we have two children who are currently attending Ole Miss and one who has graduated from Ole Miss,” she said.

“You have to not let cancer control your life,” she said. “It becomes a part of my day-to-day activities. I schedule doctor appointments and keep some down days to rest. And it’s good to surround yourself with positive, happy people which keeps my spirits up. I’ve made some wonderful friends through this journey.”

For more information or to donate directly to the cause, please visit www.NewksCares.com or follow the cause on Facebook.