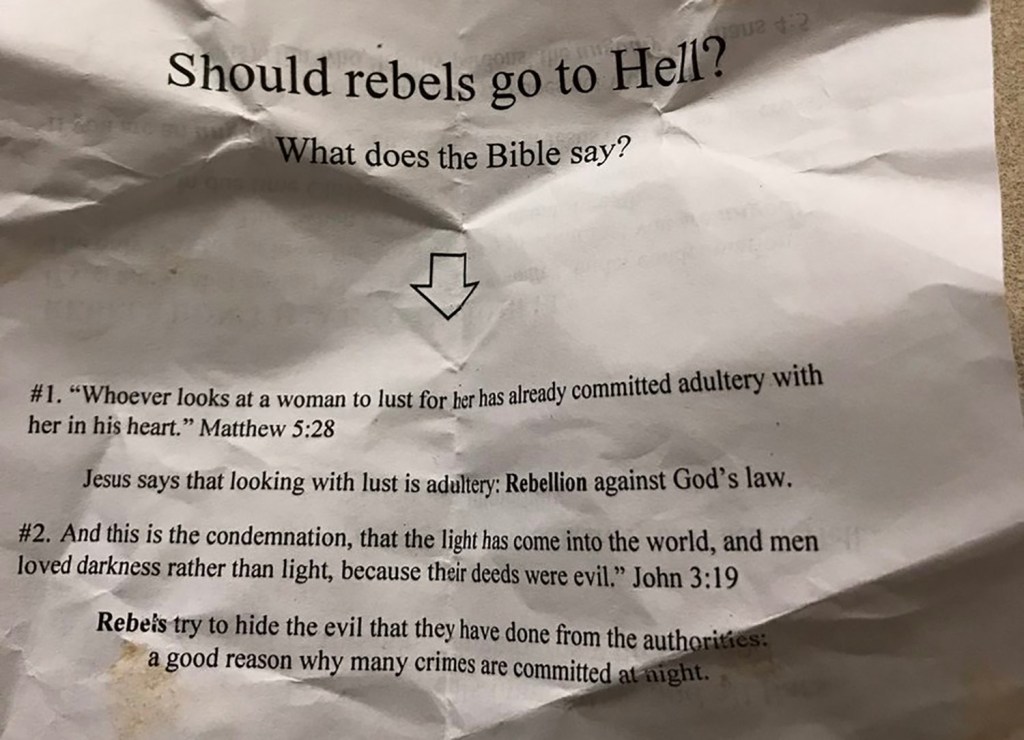 Some at Mississippi State are apparently questioning the eternal destiny of rebels.

According to photos that began circulating on social media Saturday, flyers were passed out at Mississippi State’s annual Bulldog Bash on Friday night that questioned whether rebels were going to hell. The flyers contained five Bible verses citing rebellion and repentance.

The flyers don’t contain any markings that indicate they’re associated with the university.