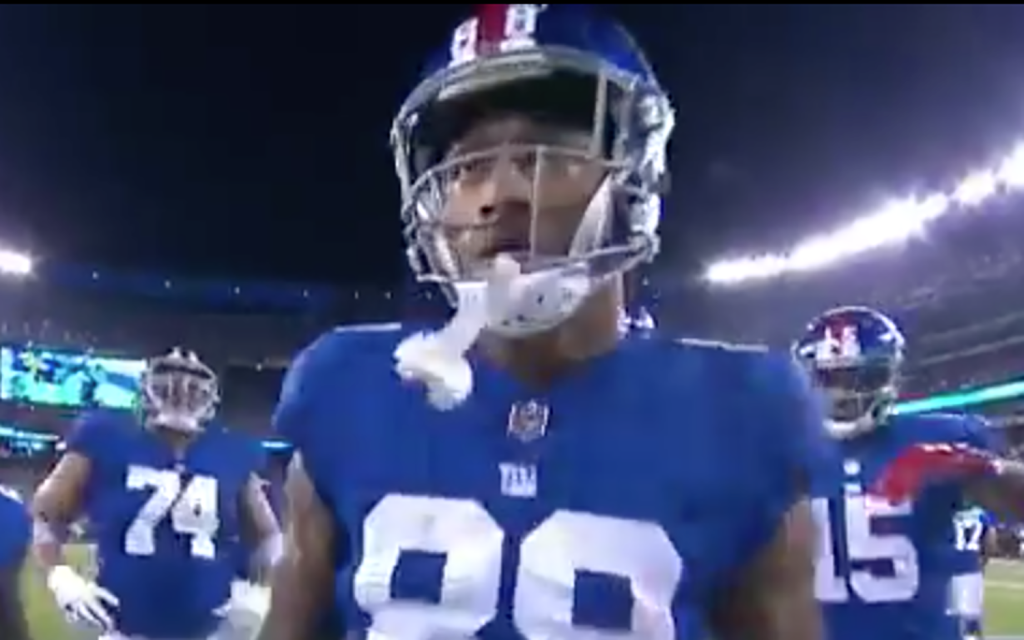 Evan Engram caught the first of what is likely to be many touchdown passes from Eli Manning on Monday.

Ole Miss’ former All-American tight end caught his first career NFL touchdown in the second quarter of the New York Giants’ game against the Detroit Lions. Lining up at H-back, Engram slithered through the Lions’ defense on a play-action pass and made a leaping catch in the end zone for the Giants’ first score.

Engram, the Giants’ first-round pick this year, was a three-year starter and two-time captain at Ole Miss. He left as the school’s all-time leader in receptions, receiving yards and touchdown catches by a tight end.