How will Ole Miss handle first bout of in-season adversity? 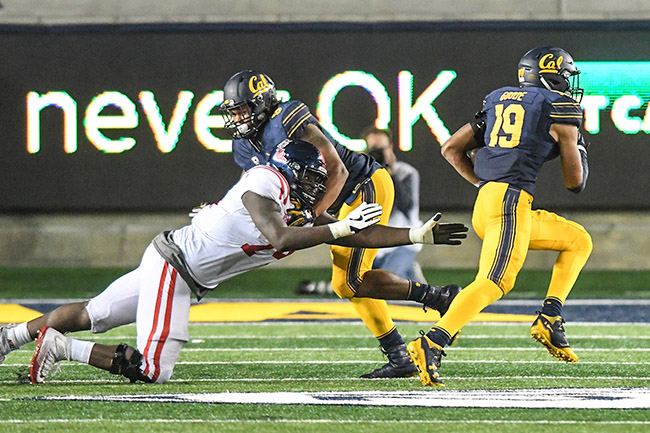 The Rebels made unity a rallying cry in the offseason in the face of a coaching change and developments in the program’s NCAA investigation. Now Ole Miss is dealing with its first bout of adversity on the field after a 27-16 loss at Cal over the weekend in its first game against a Power Five opponent.

It’s on Luke and his staff to get the kinks ironed out, but Ole Miss’ coach is ready to see how his team responds with an extra week of preparation with Southeastern Conference play looming.

“I think the important part is when this team faces adversity to see what happens,” Luke said. “We’re not going to do it alone. … We’ve been through a bunch together. We’re going to get through this together. Only way you can get a bad taste out of your mouth is to go back on the practice field and go back to work. That’s what we’re going to do.”

Most of the issues lied on the offensive side of the ball against Cal, which shut out the Rebels in the second half and held the nation’s No. 42 scoring offense to its lowest point total since 2015. Quarterback Shea Patterson slowed down after a fast start, throwing three interceptions with the offense having to rely almost entirely on its normally explosive passing game with a struggling running game — Ole Miss mustered just 53 yards on 29 carries — and a barrage of penalties routinely keeping Ole Miss behind the chains.

“Everybody can’t be perfect,” receiver DK Metcalf said. “We’ve just got to go back to work and fix our mistakes.”

The Rebels’ much-maligned run defense surrendered 181 yards on the ground, but Ole Miss limited Cal to two offensive touchdowns and forced a pair of turnovers. The thing that ate at defensive coordinator Wesley McGriff the most was Cal’s 13-play scoring drive to start the second half that put the Bears ahead for good, something the Rebels didn’t allow in either of their first two games.

“That right there is probably going to give the team the biggest momentum in the second half,” McGriff said. “I thought that was the biggest mistake we made on defense. You have to win that drive after halftime.”

Ole Miss has an extra week to work on itself before the schedule strengths considerably. Back-to-back trips to No. 1 Alabama and No. 15 Auburn await starting Sept. 30 to begin a string of six straight SEC games.

It comes at an ideal time with the injuries piling up. Leading receiver A.J. Brown (knee), center Sean Rawlings (ankle sprain) and kicker Gary Wunderlich (hamstring) all missed the second half of Saturday’s game and are being further evaluated to determine just how severe their injuries are, Luke said.

“We’ve got two weeks to prepare for the best team in the country and play Auburn right after that,” Patterson said. “Just really got to take this in and really get the feelings out of this one because this one kind of stings a little bit because we know we’re a better football team than what we showed offensively (Saturday).”

Dwelling on it won’t do Ole Miss any good, but the Rebels do want to learn from their latest setback.

“When you have a loss like this, the thing you’ve got to get from it is you’ve got to be able to take the lesson from the adversity and the loss and make sure you get better in some of the things we did,” offensive coordinator Phil Longo said. “We’ve got to make this loss work for us.”

Said Patterson, “We’ve been through a lot together, and I know we’re going to get through this.”