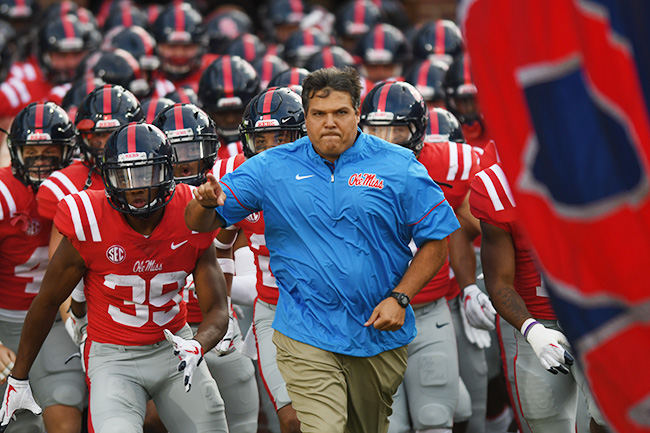 Ole Miss will play three Power Five opponents in the first five weeks of the 2018 season, including a pair of SEC West foes in the first month.

The Rebels will open next season with a neutral-site game against Texas Tech on Sept. 1 in Houston. Ole Miss will start SEC play at home against Alabama two weeks later before traveling to LSU on Sept. 29, a change from the Halloween weekend when the rivals usually play.

The school released the 2018 schedule Tuesday.

The rest of Ole Miss’ non-conference schedule includes home games against Southern Illinois (Sept. 8), Kent State (Sept. 22) and Louisiana-Monroe (Oct. 6). The Rebels will travel to Arkansas (Oct. 13), Texas A&M (Nov. 10) and Vanderbilt (Nov. 17) and will host Auburn (Oct. 20), South Carolina (Nov. 3) and Mississippi State on Thanksgiving (Nov. 22) to round out the SEC slate.