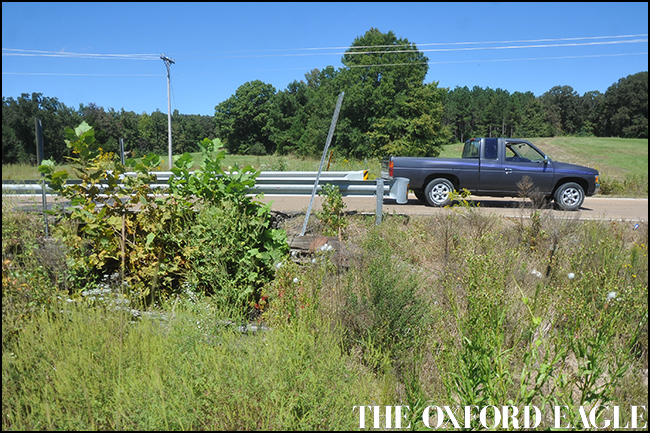 A vehicle crosses over a bridge along Highway 328.

Lafayette County residents may soon have to foot the bill to replace and upgrade many of the county’s deficient bridges.

According to County Engineer Larry Britt, the state Legislatures failed to re-fund the Local System Bridge Replacement and Rehabilitation Program, or LSBP, that operates through the Office of State Aid Road Construction.

The LSBP program helped counties pay to repair or replace “the neediest bridges,” according to the Office of the State Aid Road Construction’s website.

Britt told the Lafayette County Board of Supervisors Monday that the program has been used to help repair, rehabilitate and replace deficient bridges that don’t fall under the requirements for the State Aid Program, which helps provide funding for the construction of roads and bridges that aren’t state owned.

“They did not re-fund the program,” Britt told the supervisors. “I believe it was one of the best programs in this state.”

Britt said he didn’t know why the state Legislators decided not to fund the LSBP program during the 2017 session.

Since the inception of the LSBP program in 1994, 42 bridges in Lafayette County have been replaced, or are currently under construction, with funding from the LSBP program that equals more than $8.6 million that the county did not have to pay.

“Statewide, a total of 2,033 bridges have been replaced or are currently under construction for a total of approximately $412,500,000,” Britt said.

The LSBP program was passed in the 1994 Legislative Session under House Bill 1302 as part of a comprehensive transportation package.

Britt told the supervisors that the program still has some available funds in its budget for the rest of the fiscal year.

“They have to spend those funds,” he said.

Britt said he’s going to submit three projects to the LSBP program in hopes the county can receive some of the remaining funds.

Britt told the supervisors that they and other county boards should send a resolution to the county’s state representatives and senators, requesting they change their minds and fund the LSBP program.

“We’ll see what happens during the next Legislative Session,” Britt said. “We have lots of bridges in Lafayette County that don’t meet the standards for State Aid funds.”

Oxford Lovepacks giving back to community